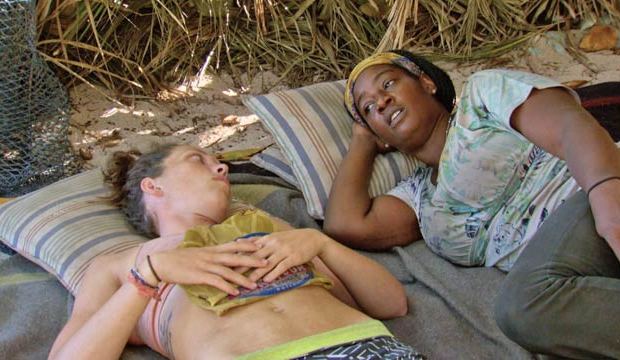 There are only hours to go before the winner of “Survivor: Game Changers” is crowned, so now is the perfect time to take a look at Gold Derby’s season 34 finale racetrack odds. With six players in the running for the $1 million prize, as well as three hidden immunity idols and a legacy advantage still in play, Wednesday’s season finale is sure to be a nail-biter. Who will join the “Survivor” winners list? Have you updated your “Survivor 34” predictions yet?

Winner prediction: Sarah Lacina with 8/15 odds
It’s no surprise seeing Sarah at the top of our winner’s rankings yet again, as this former cop vowed to “play like a criminal” in Season 34. It’s working so far, as she’s turned on her alliance several times since the merge. Sarah is also holding a legacy advantage that will keep her safe during the season finale’s first tribal council, so she’s a shoo-in for the Final 5.

Runner-up prediction: Cirie Fields with 6/1 odds
Amazingly, this four-time player has not been on the chopping block once this entire season. Other than a brief Cirie-Ozzy Lusth feud back in the premiere, her name has never even been brought up as a potential boot. After her mistake last week in trying to use Sarah’s two-vote advantage, will her relationship with “Officer Sarah” now be on the rocks?

Third-place prediction: Aubry Bracco with 10/1 odds
Aubry has surprisingly laid back for much of the game, making us wonder what argument she could possibly tell a jury in order to earn their votes to win. She’s the classic coat-tailer rider who can make it to the Final 3 but can’t win enough votes to win, just like what happened to her the last time she played in “Survivor: Kaoh Rong.”

Fourth-place prediction: Brad Culpepper with 11/1 odds
Brad will likely need to continue winning immunity challenges if he wants to make his verbal pitch to the ultimate jury. He’s way too much of a threat — both physically and socially — for anyone to consider actually bringing with them to the end.

Fifth-place prediction: Tai Trang with 33/1 odds
It’s a bit surprising seeing Tai near the bottom of our winner rankings. He may not be the best speaker in a final tribal council (after all, he received zero votes to win in “Survivor: Kaoh Rong”), but he’s made no enemies this season and currently has two hidden immunity idols.

Sixth-place prediction: Troyzan Robertson with 100/1 odds
With the remaining hidden immunity idol in his pocket, Troyzan should make it at least to the Final 5. Luckily for him, Brad is the bigger threat of their dwindling alliance and Troyzan might be taken to the finals because he’s seen as an easy person to beat.