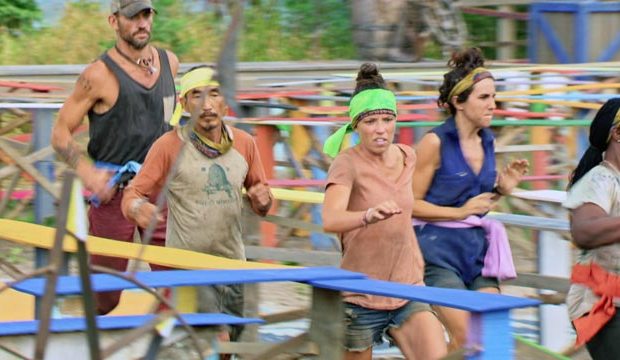 With six players still in the running for the $1 million prize on “Survivor: Game Changers,” as well as three hidden immunity idols and a legacy advantage, Wednesday’s season finale was sure to be a nail-biter. Did Sarah Lacina take home the title as Gold Derby predicted? Did Cirie Fields prevail on her fourth attempt? Did Brad Culpepper continue dominating immunity challenges? Did Tai Trang and Troyzan Robertson‘s hidden idols cause chaos? And did Aubry Bracco do … anything? Read our “Survivor 34” finale recap below to see who the jury crowned as this season’s ultimate winner and then be sure to sound off in our reality TV forums.

Following last week’s confusing tribal council, Sarah, Cirie and Tai hashed out who was the rat in the group, resulting in Tai coming clean about wanting Sarah out. Afterward, feeling like he was in a tough spot and instead of keeping his closest kept secret to himself, Tai disclosed to Brad that he has a hidden idol in order to gain his trust. With that the stage was set for one of the biggest pre-tribal scrambles of the season and most historic tribal councils in series history.

At the immunity challenge Brad won and brought Troyzan and Sarah along on the accompanying reward where they solidified a final three deal together. Afterward, Brad demanded that Tai give him one of his two idols as a sign of faith–that set off alarms for Tai, who turned to Cirie and Aubry for support instead. Later, feeling the heat at tribal, Tai played one of his idols for himself and then gave the other to protect Aubry. Sarah, with Sierra’s legacy advantage in her possession and only good for this tribal, protected herself as well, compelling Troyzan to use his hidden idol for himself. That created a historic situation where we had the most idols ever played at a tribal (3), most people ever safe at a tribal (5) and the first player (Cirie) to be voted out only because there is literally no other choice.

At the immunity challenge, the remaining five competed to maneuver three balls through an iron maze one by one. In dominating fashion, Brad managed to get all three of his balls to the end before any other player banked even one in their slot. That gave Brad his fourth individual immunity and with no other idols in play left the remaining four vulnerable at tribal. With Brad and Troyzan closely linked, Aubry pitched to Sarah and Tai that the three of them vote out Troyzan. As the swing votes once again, Tai and Sarah held all the cards and though Troyzan boasted in front of everyone that he thinks he can beat anyone in the finals, Tai and Sarah chose to keep him and booted Aubry instead.

At the final four immunity challenge, Sarah broke out into a commanding early lead, but in the end fell behind and left an opening for Brad to become one of a small group of players to win five individual immunity challenges. As Aubry predicted, Brad and Troyzan stuck together meaning they’d decide if they go to the final with Tai or Sarah. Thinking he can beat any of the three in the end, Brad made a personal decision and demanded that Troyzan vote with him to send Tai to the jury. Tai’s pitch to Sarah was to force a tie and let a fire-making challenge decide the outcome, but in the end she called bluff on Troyzan and Brad’s cockiness and voted Tai out so she could sit next to them at the final tribal council.

At the final tribal council, the show did away with the question and answer format for the first time and instead opened it all up for free discussion between the jury and the finalists. From the jump, Zeke Smith stepped out to champion Sarah with Michaela Bradshaw taking up supporting duties there. To counter, Ozzy Lusth declared himself Brad’s champion and Debbie Wanner joined his chorus as lieutenant. Both Andrea Boehlke and Tai addressed the ways Brad and Sarah played as social players, seeming torn between the two. Aubry, Cirie, Sierra Thomas and Hali Ford were less forthright with where their allegiance was though by this time it was clear no one was supporting Troyzan as a potential winner.

As expected we got to see Zeke and Michaela proudly vote for Sarah and Ozzy and Debbie cast their votes for Brad. At the top of the hour for the live reunion, Jeff Probst made it official, adding one more vote to Brad’s tally for 3, far short of the 7 total that Sarah earned, making it a decisive victory, banking her the million dollar prize and title of “sole Survivor.” Last time she played like a cop and lost, this time she played like a criminal and won. Congrats, Sarah, you deserve it!

Jeff Probst on Nick's 'Shakespearean' tragedy and the psychological toll of playing 'Survivor': It's 'a…

'Survivor' fans have spoken: 48% want to vote out all the chatter and chaos during Tribal Councils [POLL…