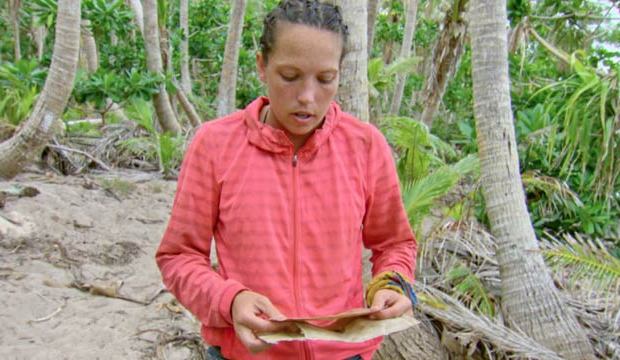 This Wednesday the fate of the remaining six players on “Survivor: Game Changers” will be decided and only one will walk away with the million dollar title of “sole survivor.” Ahead of the finale, we’re asking you to predict in which place each of those six are likely to finish and so far a consensus has formed around the Final 3 while the spots for fourth, fifth and sixth are much more varied. Below I break down the current odds in each of the six questions, but be sure to update your own “Survivor 34” predictions before Wednesday’s finale.

The question “Who will win ‘Survivor’?” also appears to be the most clear-cut — Sarah Lacina is an overwhelming favorite among predictors with 4/7 odds of winning. She’s led that race for many weeks now and topped my personal power rankings for the fifth straight time last week. Heading in to Wednesday’s finale, Sarah has an immunity idol to use at the Final 6 tribal council, making her a shoe-in for at least top five. She’s also worked successfully with each of the others, giving her more viable paths to the Final 3 than any of her competitors. For the more adventurous predictors, Cirie Fields seems like a good bet — she has the next best odds of winning at 7/1, but is followed closely by both Aubry Bracco (9/1 odds) and Brad Culpepper (10/1 odds).

An ability to win the season doesn’t always translate to an ability to actually get to the finale though, as evidenced by Cirie and Aubry coming in as the most predicted players to be eliminated in sixth and fifth places, respectively. In both questions we have a tight race — current predictions leave Cirie as the most vulnerable at the finale’s first tribal council with 7/4 odds of finishing in sixth (Aubry trails her there with 23/10 odds). In the question of “Who will place 5th?” Aubry leads with 21/10 odds, followed by Cirie with 4/1 odds. The two women have worked together for most of the season, but their chances of winning began to unravel last week after Cirie’s decision to help eliminate Aubry’s closest ally Andrea Boehlke and her embarrassing overreach of power when she tried to use Sarah’s advantage against the rules, resulting in the elimination of her own ally Michaela Bradshaw.

Contributing to the idea that Aubry and Cirie are most vulnerable is the plethora of hidden immunity idols still in play, none of which are in their hands. The idols will likely have a hand in sending the two women home, but once used will leave their keepers vulnerable. Tai Trang has two idols, both of which should get him to the Final 4, but that’s about as far as he’ll get according to you. Right now Tai has leading 5/4 odds for finishing in fourth place. Others are predicting he might go out in fifth where he has 9/2 odds behind Aubry and Cirie. That would mean he makes a major blunder in not using his idols for himself and becomes prematurely vulnerable to the vote.

With Aubry, Cirie and Tai contending for the bottom three, that leaves Troyzan Robertson, Sarah and Brad to occupy the top three spots. As the Final 3, each of them would face the jury together, but according to predictions that’s an easy race to call. Troyzan is the least predicted to win (he has 100/1 odds there) and only slightly stronger odds to get second (25/1), but has a commanding lead to finish third (2/3 odds). That leaves Brad in the unfortunate spot of runner-up where he leads with 4/5 odds though a handful are predicting him to win giving him 10/1 odds of taking the million dollar prize.