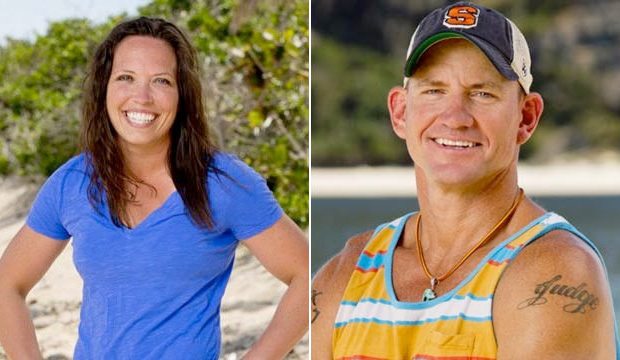 On “Survivor: Game Changers” there have been two powerhouse players (not counting Queen Sandra Diaz-Twine, of course) and they’re likely to be sitting next to each other at the final tribal council. I’ll go as far as to say that Sarah Lacina and Brad Culpepper are actually the only players left of the Final 6 that can actually win the game. The other four — Troyzan Robertson, Tai Trang, Aubry Bracco and Cirie Fields — are not only physically and/or strategically outmatched by Sarah and Brad, but they also either have an impossible road ahead of them or will simply not impress the jury. Below is my final power rankings of the season, strongest to weakest in terms of their ability to win. Read my analysis and then be sure to update your “Survivor 34” predictions in our weekly event.

Sarah has been my winner prediction here for the last four weeks and I see no reason to bail on her now. In my opinion, she’s actually played one of the best games of “Survivor” I’ve ever seen. I’m most impressed by her ability to have straddled two opposing alliances for so long while remaining under the radar. This week we got two glimpses of her already priming the jury to vote for her — first in acting surprised that Sierra Thomas was voted out and second when she openly petitioned at tribal council that the jury vote based on game play rather than emotion. If the jury does vote on game play, and isn’t at all bitter, then Sarah will win, possibly in a landslide.

Unlike Sarah, Brad’s game has been a lot more straight-forward. He began the season leading an alliance that stuck together through a surprise two-tribe tribal council and an emotional breakdown from within its own ranks by Debbie Wanner. Brad’s kept Troyzan close, was loyal to Sierra and became the last physical threat standing. If the jury wants to reward an honest, loyal game then Brad is going to be the winner.

That neither Sarah or Brad have been eliminated yet is a testament to their impeccable adaptability this season. Because they were both in the majority at the last tribal council, I expect they’ll stick together through the next two votes. Sarah has an immunity idol she has to use so she’s safely in the Final 5. Brad could potentially be given an idol from Tai and use it to join her. With Troyzan likely safe, too, I fully expect those three to be the voting majority at five and sail easily to the final tribal council together.

Troyzan has actually done very little this season aside from finding an idol that he’s not once even contemplated using. The fact that he feels so safe and wasn’t even on the table as a target in the last tribal tells me that everyone in the game is looking to take him to the finals with them. Why? Because he has no compelling argument to make in front of the jury. I would be shocked if he gets a single vote to win. That being said, he’s “powerful” enough to likely make it to the end of the game and that gives him a significant leg up on anyone I’ve ranked below him.

Tai, for instance, has all of the tools at his disposal to idol his way to the final tribal council. Of everyone left, with two idols he should be safely in the Final 4. At four he also stands a good chance at winning the final immunity to be in the finals. If Tai makes it to the end I’d give him a decent shot at winning though I’m not convinced he’s great at explaining why he’s deserving. But … I don’t think Tai will make it to the end. We know from the preview of the finale that he contemplates giving away one (or both?!) of his idols (I think to prove his loyalty?) which only gives everyone else a good opportunity to keep themselves safe and blindside him.

The path to the finals for both Aubry and Cirie is, to put it nicely, bleak. As noted by her in the last episode, Aubry’s power has been chopped away multiple times this season, and the last blow was Andrea Boehlke‘s elimination. With her #1 out of the game there’s no one that is fighting to bring Aubry with them to the end and though she could be a potential easy goat to sit next to in the finals, it’s more likely that she is an “only option” elimination at the Final 6 and/or Final 5. If I’m right that the Sarah/Brad/Troyzan threesome will stick together then there just isn’t room for Aubry. Maybe she lasts until Final 4? She’d be lucky.

Cirie, on the other hand, has options — she at least had an on-again, off-again working relationship with Sarah throughout the season and at one point before the merge bonded with Brad. But the likelihood that anyone wants to sit next to Cirie at the final tribal council should be zero. If Cirie is in the finals, Cirie wins and everyone, I think, knows that. Cirie’s bigger problem is that she probably isn’t going to go on the immunity challenge winning streak she needs to make it there on her own. Sad to say, but this is Cirie’s third (of four!) time making it to the season finale and will be her third (of four!) time not in contention to win.

Gold Derby readers just like YOU often turn out to be our smartest prognosticators, so it’s important that you give us your predictions. You can continue to update and change your forecasts throughout the week, just click “Save” when you’ve settled on your choices. You’ll compete to win bragging rights and a place of honor on our leaderboard. Be sure to read our contest rules and sound off on the season of “Survivor” in our reality TV forum. Read more Gold Derby entertainment news.

'Survivor': 30% of fans still idolize the Queen and Boston Rob, even if they made boo-boos this season…

'Survivor: Winners at War': 41% think a bamboozled Sandra Diaz-Twine was right to surrender and quit the…

'Survivor' host Jeff Probst on Sandra's quitting: 'I don't think it changes her legacy. Sandra is a…

'Survivor: Winners at War': Does Denise's epic blindside of Sandra make her the new queen? Not until she…

'Survivor: Winners at War': Ding, dong the ...? Does Denise qualify as the new Queen after vanquishing…

Jeff Probst ('Survivor') wonders if Sandra has any 'fight' left in her: Will she raise the mast at Edge…