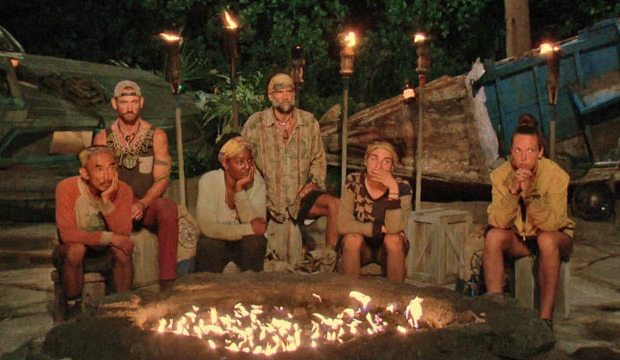 Did the right person win “Survivor: Game Changers”? While Gold Derby’s racetrack odds correctly predicted that Sarah Lacina would take home the $1 million check, we want to know whether “Survivor” fans like you think Sarah was the most deserving of the top prize. Be sure to vote in our poll below and then defend your choice down in the comments section. (Read our “Survivor 34” finale recap.)

Sarah ended up receiving seven votes to win, compared to three for runner-up Brad Culpepper and zero for third-place contender Troyzan Robertson. Part of the police officer’s game-winning strategy was that she played like a criminal this time around, and it paid off handsomely. Fourth place was awarded to Tai Trang, fifth place went to Aubry Bracco, and Cirie Fields came in sixth place in a jawdropping tribal council in which she was the only person not safe from immunity.

Gold Derby chatted with Sarah moments after her big win at the Season 34 finale at CBS Television Studios — watch our exclusive interview here. Sarah told us on the red carpet that she feels “complete relief right now” after finally knowing that all of her hard work paid off. She also admits that she was “like 90% sure” she was going to be named the winner, but it still was a pleasant surprise for her to join the “Survivor” winners list.

Next season’s landmark 35th edition, titled “Survivor: Heroes v. Healers v. Hustlers,” was once again filmed in Fiji. Due out this fall on CBS, the season will feature a cast of entirely new contestants — a stark contrast to “Game Changers” which pit some of the most notorious players of all time against each other.