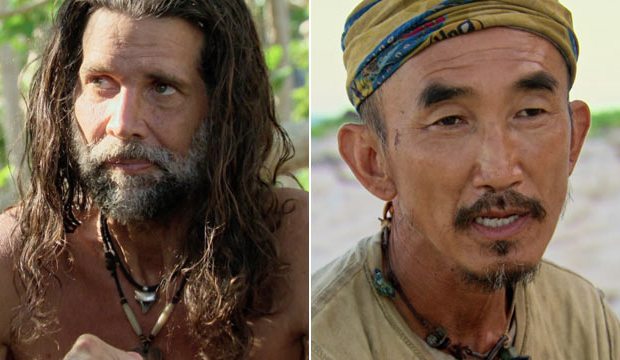 This week Sarah Lacina once again leads our combined predictions to win “Survivor: Game Changers” with staggering 4/5 odds. In a distant second and third are Cirie Fields with 11/2 odds and Andrea Boehlke with 15/2 odds. But much more interestingly, the two players with the longest shot at winning, both with 100/1 odds, are Troyzan Robertson and Tai Trang, holders of three hidden immunity idols since very early in the game. Below, I take a closer look at how these two men playing so far and why users have little faith in their ability to win. Read my analysis and then update your “Survivor 34” predictions in our weekly event.

When Troyzan found his immunity idol during the immunity challenge in Episode 2 it looked like he’d be using it fairly quickly — at the time he was the only original Mana tribe member on a newly formed Tavua tribe otherwise made up of original Nuku members. But from there Tavua won three immunities before he was swapped to a new Mana tribe that won two more, all keeping him safe and his idol unused for five straight tribal councils. At that point Troyzan came to the merge flying well below the radar, never announcing himself as a challenge threat and not known to have many allies at his disposal.

Because he wasn’t always safe with tribal immunity, Tai’s early game was in much more peril than Troyzan’s. But Tai now has two hidden idols, and had a third that he used in the shocking double-tribe tribal council to save Sierra Thomas and take out Malcolm Freberg. Tai was also used as a decoy target a few weeks ago and his own alliance (Sierra/Brad/Troyzan) turned on him, showing to Tai their cards that he was on the bottom of their group. Now Tai is working with Michaela Bradshaw, another player at the bottom of her alliance, but like Troyzan they don’t have much say in who the next target will be.

Because of their idols, Troyzan and Tai are both safe for at least one more tribal council, but I think they’re likely to go further than that. Because neither is on anyone’s radar and there are still bigger targets in the game (Andrea, Brad Culpepper, Cirie), I suspect they’ll both make it far enough to be forced to use their hidden idols in the last tribal council they’re allowed to, almost securing a spot for each of them in the Final 5. With such high potential for a deep run in the game, why is next to no one predicting either for the win then?

The key factor is likely the belief in whether or not a jury can see either as worthy of winning. It’s actually possible that both men make it to the final tribal council, but aside from having saved their idols until the last possible moment and used them, what big moves will they have to speak of to justify awarding the title of “sole Survivor”? Troyzan survived a severe underdog status, yes, and Tai smartly used an idol to save his tribe from being outnumbered, yes, but both of those accolades came very early on in the game and since then neither has really had to step up to the plate again. In this case, I think the odds are right — any of the other players left could beat both Troyzan and Tai in front of the jury.

Top 13 most beloved 'Survivor' players ever: Our definitive rankings include Sandra, Cirie, Ozzy and…

'Survivor' winners poll: Who's your favorite from the past 10 seasons -- Ben Driebergen, Sarah Lacina…

Which 'Survivor: Game Changers' twists should return next season? [POLL]