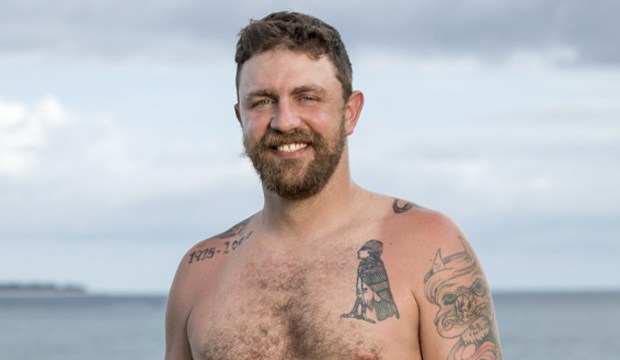 In our recent poll, a leading 23% of “Survivor” fans said that they’re rooting for Ben Driebergen to win “Heroes v. Healers v. Hustlers.” This Marine from Boise, ID is heading into Wednesday’s merge with three former Heroes as allies: Chrissy Hofbeck, JP Hilsabeck and Ashley Nolan. He’s also recently bonded with Yawa tribe members Lauren Rimmer and Mike Zahalsky, proving that old tribal loyalties may not be as important as they once were. Do you agree with the fans that Ben should win “Survivor” 35? Sound off down in the comments section.

After surviving the elements, a tribe switch and each other for 16 days, only 12 castaways remain in the running for the $1 million prize. Ben is unique in that he’s the first player in “Survivor” history to be open with struggling with PTSD while on the island. In his recap of “Survivor” Episode 5, our writer John Benutty noted, “It’s moments on the show like these that we point to as part of a ‘winner’s edit’ because they’re glimpses at the personality of the players rather than the game talk.”

The original Healers are heading into Wednesday’s merge with a slight numbers advantage, as they have five players (Mike, Jessica Johnston, Cole Medders, Joe Mena and Desi Williams) compared to the four original Heroes. And the original Hustlers group is weakest of all, as they only have three players remaining (Lauren, Devon Pinto and Ryan Ulrich).

While Ben earned the most support (23%) in our poll for who “Survivor” fans are rooting for to win, the results are far from unanimous. Tied for second place are Mike and Ryan with each scoring 13% of the vote. Then Chrissy comes in at 12%, followed by Devon at 10%, Ashley at 7%, Jessica at 6%, Desi at 5%, JP at 4% and Joe at 3%. Cole and Lauren are tied for last place, with both only receiving 2% apiece.