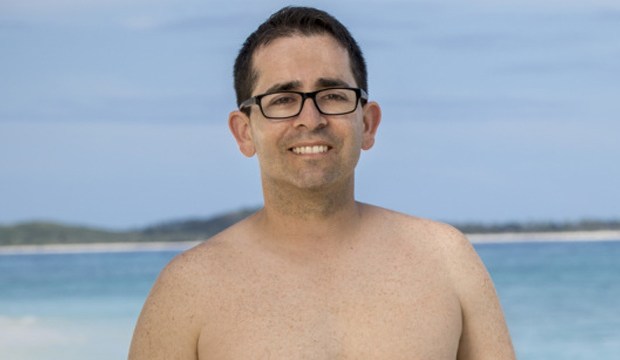 We’re down to the final six on “Survivor,” and with only one regular episode left until the season finale on December 20 the paths to the final tribal council for each of the castaways couldn’t be more different. Some players had really successful starts to the season but now find themselves in the minority, while a couple castaways that lacked power in the early days now control the fates of everyone in the game. Following the dissolution of the Heroes-Hustlers super alliance in the last two episodes, the concepts of trust and betrayal have become blurred for both the players and the jury.

Which of the six have the hardest chances of surviving to the end of the game and could be in trouble once faced with questions from the jury? Below I give my thoughts on the three players I think are the LEAST likely to be named the winner of “Survivor: Heroes vs. Healers vs. Hustlers.” Disagree with me? Sound off in the comments and let me know if you think one of them is actually going to win.

Mike Zahalsky (Healers; current odds to win: 20/1)
What Mike has going for him that none of the other five have is his inherent connection to the three Healers already on the jury. When they were still in the game, Mike played side by side with Desi Williams, Cole Medders and Joe Mena against the Heroes-Hustlers alliance seeking to eliminate them one by one. That being said, if Mike makes it to the final tribal council that’s only three votes of what is likely a jury of eight — he’ll need one or two more to secure the win. While most of his antics haven’t paid off strategically, I think where Mike can pick up some good will with the jury is that he’s done some pretty crazy things at tribal council — last this week when he tossed Lauren Rimmer‘s unused idol into the fire! To get to the final tribal council, I think Mike will have to overcome what the other’s are bound to see as his “Healers advantage” of potentially having three votes already locked in. He’s performed decently at challenges so far, so he could theoretically pull out an immunity idol streak to get there, but considering women have already won five of the six immunity challenges, his odds there are low. His last hurdle is proving to the jury that he’s made successful strategic moves in the game because on the surface level it looks like most of his moves have been unsuccessful.

Ryan Ulrich (Hustlers; current odds to win: 17/2)
Ryan is one of the players that looked like a winner from very early on in the season. He attended tribal council in four of the first six episodes and managed to control each of those votes to eliminate the player of his choice. The turning point in his game was in episode six where he chose to align with Chrissy instead of staying true to his day one ally Ali Elliott. He may not have known it then, but his bond with Chrissy became a huge liability to his game because the two of them were too big of a threat to the other players in the Heroes-Hustlers alliance. Ryan further ruined his game by confiding in both Devon Pinto and Ben Driebergen about his hidden idol. That secret severed Devon’s trust in Ryan and made the idea of the “Core Four” alliance a reality. Once the Heroes-Hustlers alliance of seven broke apart, Ryan’s ability to make strategic decisions has been significantly minimized, going as low as wasting his hidden idol two weeks ago. Based on the composition of the jury and who he will be sitting against if he does make it to the finals, I think Ryan’s chances at winning are slim — there’s very little in the post-merge game for Ryan to point to as justification for the jury respecting or admiring his game.

Chrissy Hofbeck (Heroes; current odds to win: 11/2)
Like Ryan, Chrissy had a huge impact on early parts of the game — she was a target for the very first elimination and avoided that, then managed to squeeze into Ryan’s good graces and have him eliminate his own allies instead of her. Also like Ryan’s game, Chrissy’s ability to wield power over the decisions dissolved when the rest of the Heroes-Hustlers alliance realized that she was unilaterally making decisions instead of listening to other opinions. Chrissy was pretty aggressive about getting the Healers out at the start of the merge, basically stripping them of their own ability to make moves in the game. Now those Healers make up almost half of the jury and I can’t imagine that any of them are eager to vote for her to win. And aside from the Healers, Chrissy’s bonds with the rest of her former alliance are now broken. I do think that Chrissy has a path to finding herself among the finalists — contingent on her ability to take out Ben very soon — but her ability to secure enough votes (if any at all) to win seems like a lost dream at this point.

Gervase Peterson urges 'Survivor' to be 'more equally diverse,' both on-screen and behind the…

Jeff Probst on what's ahead for 'Survivor' post hiatus: 'The entire culture is in a beautiful upheaval…

During this annoying 'Survivor' hiatus, fans are hoping for 'Bachelor'-style recap…