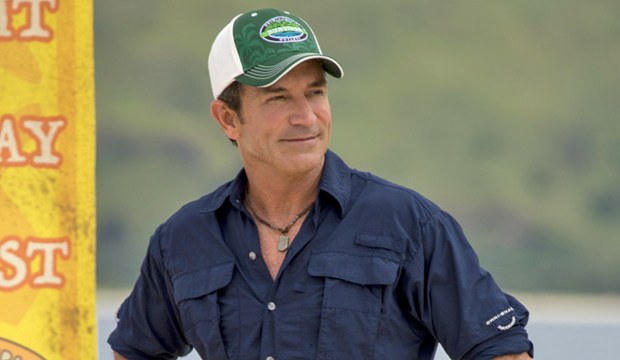 While hundreds and hundreds of people have played the game of “Survivor,” only 33 have proved victorious. Of all of the women who failed to win the $1 million grand prize on CBS’s reality TV show, who do you think most deserved the title? Click through our photo gallery above highlighting the 10 best FEMALE castaways who didn’t win. Do you agree or disagree with our writer Tom O’Brien‘s choices?

10. Kass McQuillen — “SURVIVOR: CAGAYAN,” “SURVIVOR: SECOND CHANCE”
Kass, who called herself “Chaos Kass,” certainly lived up to that nickname in her debut season in “Cagayan.” One of the most polarizing contestants ever to play the game, she developed an aggressive game style, and her penchant for withering sarcasm was at stark odds with the nice-nice vibe of the tribe. By targeting other outsiders, she was brought into the fold of the majority alliance. But knowing that she was on the bottom, she flipped on her alliance at the merge, and once she became a solo player, she became an unpredictable force, helping her to finish a strong third. Though she was disliked by many, Kass was clearly a strategist, and no one can say that she didn’t play her own game.

9. Jerri Manthey — “SURVIVOR: AUSTRALIAN OUTBACK,” “SURVIVOR: ALL-STARS,” “SURVIVOR: HEROES VS. VILLAINS”
We have a soft spot in our hearts for Jerri. In “The Australian Outback,” Jerri, with her signature cowboy hat, became the series’ first true villainess. A strategic player and opinionated to a fault, she targeted threats and created public arguments to make the victim look bad. Whenever she was threatened to be voted out, however, she persuasively talked her way out of it, a skill that landed her with the majority alliance, who nonetheless booted her after the merge. Though her machinations were lost on some of her teammates, they were clear to the home audience, many of whom vilified her, and she was viciously booed off the stage at the “All-Stars” reunion. With hindsight, villain or not, she definitely was a strategist.

8. Courtney Yates — “SURVIVOR: CHINA,” “SURVIVOR: HEROES VS. VILLAINS”
Like Kass, Courtney was never afraid to speak her mind and did whatever she could to get her targets booted from the tribe. In “China,” that determination did not go unnoticed by other tribe members, but whenever she felt threatened, she skillfully began to shift the target to someone else of her choosing. Because she was small in size, she often sat out challenges along with diminutive Todd Herzog and bonded with him, which turned out to be a big move, as Todd (the season’s eventual winner) marched to the Final Tribal with Courtney, who finished second. Though not the kind of player who comes in with a strategy already in place, Courtney is an excellent example of an adaptive player, one who sees the game shifts coming and make the right move to benefit her game.

7. Andrea Boehlke — “SURVIVOR: REDEMPTION ISLAND,” “SURVIVOR: CARAMOAN,” “SURVIVOR: GAME CHANGERS”
Andrea’s first appearance was on “Redemption Island,” which added the concept of players booted from the game being sent to an arena where they would have the chance to return to the game if they won a series of duels. Andrea’s physical focus became apparent when she was the first woman to win a duel, eventually becoming the first female bootee to return to the competition, where she finished a strong fifth. When she returned in “Caramoan,” she played a much more strategic game, helping to follow through on several key blindsides. Despite her newly demonstrated strategic skills, she was so adept at blindsiding tribemates that the remaining castaways thought they might be next and joined to vote her out in seventh place.

6. Ciera Eastin — “SURVIVOR: BLOOD VS. WATER,” “SURVIVOR: SECOND CHANCE,” “SURVIVOR: GAME CHANGERS”
Sometimes in “Survivor,” contestants have to make a painful decision and vote out allies and friends. But Ciera had the guts to do what no other “Survivor” has had to face before — she voted out her own mother. Her own mother!! Now that’s the kind of cold-blooded decision-making that (sometimes) wins “Survivor.” It didn’t in Ciera’s case, but it gave her the extra confidence to engineer a flip of the majority alliance that sent the game into chaos. Rivals saw her gameplay as a threat, but she finished an impressive fifth. When she returned for “Cambodia,” she found herself on the bottom again but she fought back to manipulate two blindsides. That takes strategy, and, combined with the guts it took to vote out her mother earlier, makes for a very memorable “Survivor” All-Star.

5. Stephenie LaGrossa — “SURVIVOR: PALAU,” “SURVIVOR: GUATEMALA,” “SURVIVOR: HEROES VS. VILLAINS”
Stephenie was at the center of what was arguably the most sadistic ploy ever by “Survivor” producers. She was placed on the hapless Ulong tribe which lost every single immunity challenge, so that the tribe finally consisted only of Stephenie and teammate Bobby Jon Drinkard. Both expected that, not being a viable tribe, they would be absorbed by the other tribe. Instead they had to compete in a fire-making contest (one of the most difficult tasks on “Survivor”), and Stephenie triumphed, while Bobby Jon was sent packing. Instead of finally being sent to another tribe, she was told go back to her camp to survive alone. While her experience was not exactly planned, her perseverance in finding ways to stay alive while alone makes her one of the savviest non-winners ever.

4. Kelley Wentworth — “SURVIVOR: SAN JUAN DEL SUR,” “SURVIVOR: SECOND CHANCE”
Like Ciera, Kelley’s season was “Blood vs. Water” where one member of a contestant’s family competed with them. Her dad Dale seemed like a nice man, but a “Survivor” player he was not and had his torch snuffed early on. Left alone, Kelley appeared to be an easy boot, and she finished 14th. But the producers saw something in her game play that warranted a return, and she was asked back for her “Second Chance.” The producers were right. In that season, she was much more strategic, and the other All-Stars, knowing that she was booted out early in her first season, didn’t think of her as a threat. Wrong. Finding two immunity idols, she used the first to blindside the man who thought he has controlling the game and the second to save herself. Kelley certainly achieved redemption here, finishing an impressive fourth.

3. Tasha Fox — “SURVIVOR: CAGAYAN,” “SURVIVOR: SECOND CHANCE”
Though Tasha is not often mentioned in the annals of great “Survivor” players, she deserves a high spot. On “Cagayan,” she was stuck on a losing tribe where she joined fellow savvy players Spencer Bledsoe and Kass McQuillen in trying just to survive. They did, until after the merge, Kass flipped on her alliance, and Tasha found herself scrambling again. So she turned to her physical game (which was considerable) and won three immunity challenges in a row, finishing a respectable 6th. In “Second Chance,” however, Tasha upped her social game and after the merge she bonded with her former tribemate Spencer, and together they made it to Final Tribal, where Tasha finished second. She’s a definite player.

2. Amanda Kimmel — “SURVIVOR: CHINA,” “SURVIVOR: MICRONESIA,” “SURVIVOR: HEROES VS. VILLAINS”
Amanda was the first player in the history of “Survivor” to make it through all 39 days and Final Tribal Council twice. To get that far you have to have that combination of social, physical and strategic games, and Amanda had it. In “China,” she took her time in sizing up the players and alliances, and through a series of challenge wins that helped orchestrate the ouster of rivals, she finally landed in an alliance with winner Todd Herzog & savvy player Courtney Yates. A poor Final Tribal performance still landed her an impressive third place showing. In “Micronesia,” she used the same strategy, and it was even more effective, finishing second, despite yet another lousy performance at Final Tribal. When a “Survivor” checks all three boxes of social, physical and strategic, she’s a force to be reckoned with, and that’s Amanda.

1. Cirie Fields — “SURVIVOR: PANAMA,” “SURVIVOR: MICRONESIA,” “SURVIVOR: HEROES VS. VILLAINS,” “SURVIVOR: GAME CHANGERS”
If you took a poll of the most beloved “Survivor” players ever, the winner would have to be Cirie. When she first described herself in “Panama” as a “couch potato” who had no camping experience, we thought “Girl, you’re gone.” Were we ever wrong. Though not a physical threat, Cirie had arguably the best social game of any contestant in “Survivor” history, with tribemates wanting to align with her. Luckily, Cirie had the strategic sense to use those alliances to advance herself in the game, and she did it every step of the way, finishing fourth in “Panama” after losing a fire-making challenge. (Damn those!) However, she used the same social and strategic skills in the more challenging All-Stars edition in “Micronesia” and did even better, finishing a strong third. To see a “coach potato” have the guts to go on “Survivor” and find the strength to survive and finally triumph is why we love this game so much.