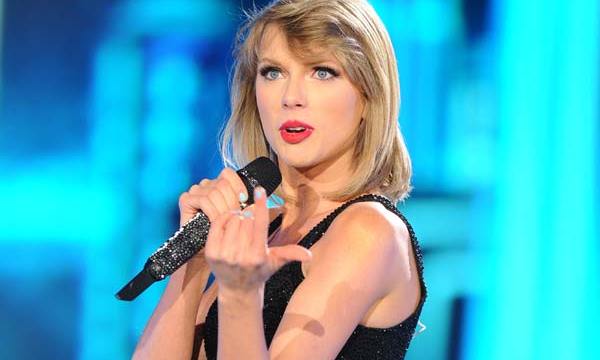 In 2006, Taylor Swift exploded onto the music scene with her self-titled debut album. Ten Grammys, 33 million albums, and countless celebrity feuds later, we’ve seen her grow from the innocent country singer bemoaning her adolescent woes to one of the most powerful and deliciously controversial figures in pop. One thing remains consistent, however, and that’s the quality of the music. Whether you love her or love to hate her, you can’t deny that Taylor’s fascinating personal narrative mirrors her distinct point of view as a writer.

It’s been a dynamic decade of boyfriends, broken hearts, and “Bad Blood.” So let’s celebrate some of Taylor’s highest artistic achievements with her top 10 best songs of all-time.

Honorable mention: “The Moment I Knew” from “Red”
We need a bonus choice to highlight a bonus track, right? Taylor makes a simple frustration seem a grave injustice as she relives that day the ever-elusive “He” ditched her birthday party. From the melancholy cello to the gloriously bombastic chorus, the dramatics are beyond extra. But who among us can’t relate? Oh, Taylor… You may be making a mountain out of a molehill, but we’re scaling that mountain with you, girl. He should have been there.

10. “We Are Never Ever Getting Back Together” from “Red”
Taylor’s first #1 on the Billboard Hot 100 marked the beginning of her crossover into the world of pop. With a hook so unapologetically kitschy, you know you’re listening to a hit the second that chorus begins. Yet the song never falls into the trap of becoming a pure gimmick. The conversational verses and Oscar-worthy monologue help make this “Screw You!”-anthem still feel deeply personal.

9. “Love Story” from “Fearless”
Taylor brings out the basic teenager in all of us, and the lead single off of the Grammy-winning Album of the Year, Fearless, reflects just that. Princesses, ball gowns, Romeo & Juliet… Who else could take these overused images and turn them into something that feels completely refreshing and effortless?

8. “Our Song” from “Taylor Swift”
You can love or hate the honky tonk, but you can’t deny that this is writing far beyond the realm of an average teenager. “Our Song” and her entire debut album proved to us that the talent was there. All Taylor had to do was add a southern drawl to her Pennsylvanian tongue and throw in some “Amens,” and BAM! A country superstar was born.

7.”Last Kiss” from “Speak Now”
The devil’s in the details, and Taylor is a never-ending barrage of specifics. It’s a quality that makes each song feel so unique to her. In “Last Kiss,” we have a date, a time of day, how he walks, how he shakes hands… I feel like I’ve lived through this damn relationship, myself, and listening to this song has reduced me to a state of permanent devastation.

6. “Out of the Woods” from “1989”
A breathtaking ode to the perpetual struggles of maintaining a doomed relationship, “Out of the Woods” is a mature and sexy sound that redefined Taylor as a pop artist and contributed to 1989’s cohesive aesthetic. The album made Taylor the first female to win a second Grammy for Album of the Year, and it had every other pop darling clutching her wig in fear.

The sugary sweetness of this brilliant bop only exacerbates the cavities of bitterness that belong to the h8terz. Get ‘em, Tay!

4. “Dear John” from “Speak Now”
Do you have seven minutes to spare? The queen of shame jams has some pure savagery she’d like you to hear. She usually never mentions names, but this time she’s gonna mention names. And by “mention names,” I mean “literally call the guy out in the TITLE of the song.”

Sorry, John Mayer, but you just got slaughtered by the nineteen-year old whose heart you broke.

Let’s emphasize the *nineteen* just to dig that knife of shame a little deeper.

3. “You Belong With Me” from “Fearless”
“She wears short skirts, I wear t-shirts. She’s cheer captain, and I’m on the bleachers.”

Lord, I’m almost thirty. But when I hear these iconic words of wisdom, I can’t help but dance and weep and shout, “Taylor SO gets me!”

2. “Blank Space” from “1989”
Taylor satirizes the manipulative, man-eating image the public has created of her, and the result is hilariously empowering. Male musicians fetishize the idea of “dispensable” women and “making the good girls bad.” Why shouldn’t she revel in her ability to “make the bad guys good?” With the click of a pen, America’s most dangerous sweetheart solidified herself as the rock star of every girl who’s ever felt villainized for being “too emotional.”

1. “All Too Well” from “Red”
In what I consider her magnum opus of breakup songs, Taylor constructs and deconstructs an entire relationship while trying to pick up the pieces from its demise. But she refuses to make it a pity party as she confronts her ex with the knowledge that he’s masking the same pain.

It’s a brilliantly crafted and emotional journey, and all I have say is:

Please give Taylor her scarf back.

DISCUSS Taylor with music insiders in our notorious forums

CMT Awards Video of the Year finalists: No solo women are welcome

2022 ACM Awards predictions in album and song categories: Could Morgan Wallen (gulp) win Album of the…

Taylor Swift songs, ranked: Her top 29 greatest hits, including her superiszed 'All To Well'