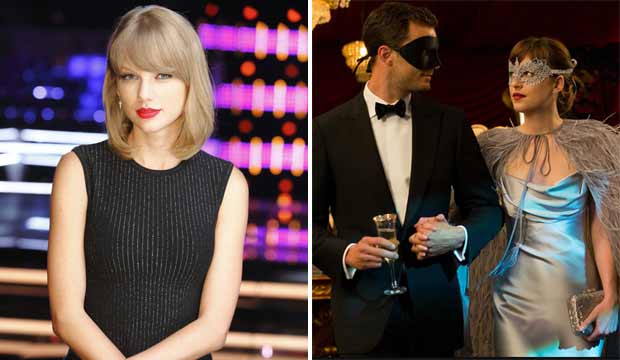 “Fifty Shades of Grey” wasn’t what anyone would call a critically acclaimed film. Based on the popular erotic novel by E.L. James, it actually swept the Razzie Awards, including Worst Picture. But it’s also an Oscar nominated film thanks to the song “Earned It” performed and co-written by The Weeknd. The academy nominated it for Best Original Song. Now the 2017 sequel, “Fifty Shades Darker,” could also potentially contend at both award ceremonies since it too was a target of critical scorn but also produced a hit song from a current pop star: “I Don’t Wanna Live Forever” by Taylor Swift. Can she win over the Oscars as part of her bid for world domination?

“I Don’t Wanna Live Forever” is a duet between Swift and former One Direction star Zayn. It peaked at number-two on the Billboard Hot 100 singles chart earlier this year, but while you might think highfalutin Oscar voters would turn up their noses at young stars on the pop charts, the academy has proven to be welcoming to hit-makers of the moment. In addition to The Weeknd’s nomination two years ago, Oscars have been won in recent years by Adele (the title song from “Skyfall,” 2013), John Legend and Common (“Glory” from “Selma,” 2015), and Sam Smith (“Writing’s on the Wall” from “Spectre,” 2016). And nominations have also gone to Pharrell Williams (“Happy” from “Despicable Me 2,” 2014), Lady Gaga (“Til it Happens to You” from “The Hunting Ground,” 2016), and Justin Timberlake (“Can’t Stop the Feeling” from “Trolls,” 2017), to name a few.

And the circumstances around both “Earned It” and “I Don’t Wanna Live Forever” are similar. Both were top-five hits on the Billboard chart. And both received Grammy nominations before their Oscar bids. “Earned It” was nominated three times, winning Best R&B Performance. It was also up for Best Visual Media Song, which is where Swift contends this year for “Don’t Wanna Live” along with her co-writers Jack Antonoff and Sam Dew.

But we’re not giving Swift much of a chance of earning an Oscar nom. Only one of the Expert film journalists we’ve polled, Bonnie Fuller (Hollywood Life), is betting on her to get in. And only two of our Top 24 Users, who got the highest scores predicting last year’s Oscar nominations, think she’ll earn a bid. None of Gold Derby’s Editors or All-Star Top 24 (who scored highest when you combine the last two years’ predictions) are currently expecting her to make the cut. Overall “I Don’t Wanna Live Forever” gets distant 100/1 odds. Are we underestimating her?