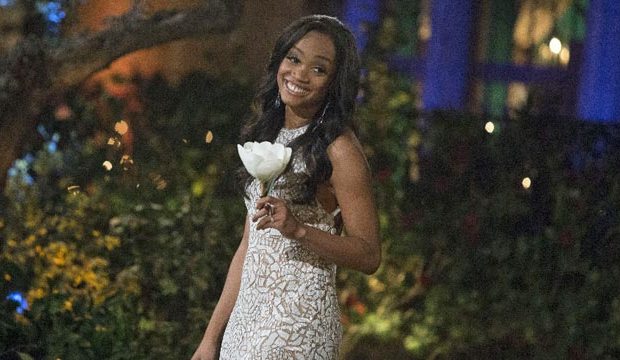 Fans of ABC’s reality dating series “The Bachelorette” are breathlessly waiting to find out who Rachel Lindsay will choose to award that final rose. While we’re all wringing our hands in suspense, let’s debate who she should not choose. Cast your vote in our poll below, and you will be able to see who the least popular contestant is among other viewers of “The Bachelorette.” After that, make your “The Bachelorette” 19 predictions for a chance to top our famous leaderboards. It’s fun and easy, so start predicting right now.

Last week’s episode saw Rachel visiting the hometowns of the final four contestants before leaving Dean behind in his. The 3 remaining bachelors duking it out for her heart are: Bryan, Eric, and Peter. Who among this crop should she give the boot to?

Oddly enough, in our last poll, 33% of our readers encouraged Rachel to send Eric home instead, although he only beat out poor Dean by 1 point. (25% of voters said she should kick out Bryan, while 10% cast their ballot for Peter) Should she still bid him adieu, or have his chances improved?

In another poll, 51% of our voters said they would choose Peter if they were in Rachel’s shoes. Will he remain the popular choice?

The quest for love is never more fraught with peril than it is when watched by millions. With so many choices, it can be difficult to make the right decision, but easy to make the wrong one. What should Rachel do? Take our poll below and check back later for the results. Who knows? Maybe she’ll take your advice.