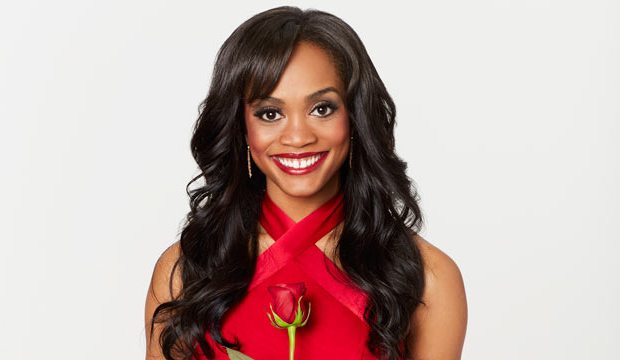 The July 10  episode of “The Bachelorette” started with a twist: doing away with tradition, Rachel Lindsay skipped the rose ceremony, opting instead for three one-on-one dates and one group outing, handing out roses on each occasion. Did you know what was coming?  Make your “The Bachelorette” 19 predictions for a chance to top our famous leaderboards. It’s fun and easy, so start predicting right now.

The first date was with Bryan, and the two go watch shopping in Geneva. Bryan gets both a fancy new wrist accessory and a rose, so not a bad outing all things considered. There’s also not much more to report on this one.

Next up is Dean, who Rachel takes to a cathedral (last season on “The Bachelor,” she took Nick to her family church in Texas). The two dance on cobblestones before opening up to each other, where Dean confesses that his home life is a bit abnormal: his mother died, and he’s worried that Rachel won’t react well to an eccentric, “patriarchal” family dynamic. This doesn’t deter her from giving him a rose.

The last one-on-one is with Peter, who 51% of our readers agree they would choose if they were in Rachel’s shoes. Peter confesses he’s never dated a black woman before, but assures Rachel that his family will accept whoever he brings home. What problem they would have with a beautiful, successful attorney is beyond us, but we’ll let it slide. Peter gets a rose.

That leaves Adam, Eric, and Matt to duke it out for the final flower. Rachel takes them on a boat (all the better to push them overboard with) and while talking to Matt she suddenly starts to cry. She confesses that the man who arrived wearing a giant penguin costume reminds her the most of herself (okay?) and sends him home. Funny enough, 42% of our readers picked him as the one she should give the boot to, so maybe she’s on the right track.

To snag that final rose, Eric confesses that he’s never brought a woman home to meet his family, and it works. So now Matt and the man who owns a giant dummy of himself are both gone, leaving four semi-normal contestants to vie for Rachel’s heart.

Gold Derby readers just like YOU often turn out to be our smartest prognosticators, so it’s important that you give us your predictions. You can continue to update and change your forecasts throughout the week, just click “Save” when you’ve settled on your choices. You’ll compete to win bragging rights and a $100 Amazon gift certificate. Be sure to read our contest rules and sound off on the season of “The Bachelorette” in our reality TV forum. Read more Gold Derby entertainment news.