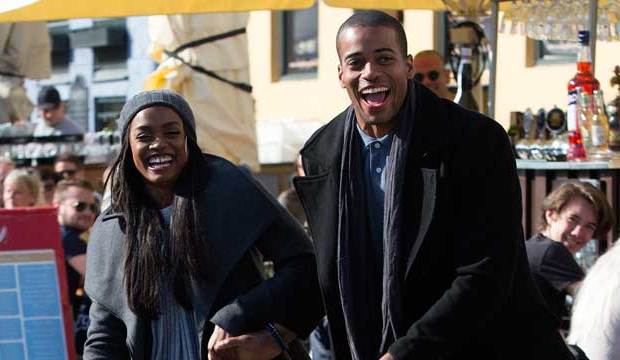 Fans of ABC’s reality dating series “The Bachelorette” are wringing their hands in suspense in anticipation of Monday night’s rose ceremony. We asked you in a recent poll which bachelor Rachel Lindsay should send home this week, and the popular favorite (or in this case, unpopular favorite?) by a very slim margin was Eric, with 33% of the vote.

For a while, the bachelor everyone loved to hate was Lee, who got into a bit of trouble for a series of racist and sexist tweets. In our first poll asking who Rachel should send home, he received 38% of the vote; in our second poll, that number skyrocketed to 71%. With Lee gone, the next bachelor to inspire your ire was Matt, who first showed up at the mansion wearing a penguin costume. Matt received 42% of the vote in our third poll asking who Rachel should kick off, and she listened. Maybe Eric should be nervous.

Close behind was Dean, with 32% of the vote. In third place was Bryan with 25%. Looks like it’s a tight competition for least likable contestant.

In last place (or in this case, first?) was Peter, who won our recent poll asking which bachelor you would choose if you were Rachel (he received 51% of that vote). Only 10% of voters believe he shouldn’t be chosen to stay this week.

The quest for love is never more fraught with peril than it is when watched by millions of captivated viewers. Will Rachel Lindsay take our advice and give poor Eric the boot? Tune into ABC Monday night to find out.