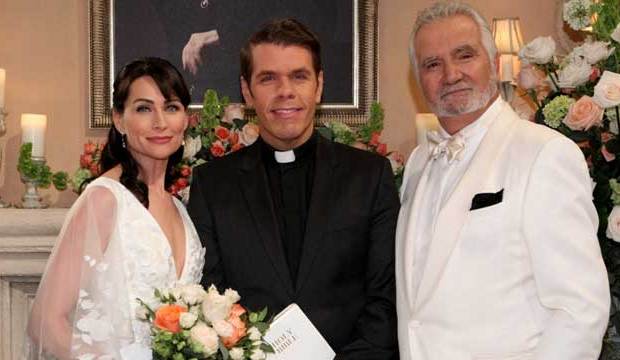 The Daytime Emmy nominations were announced on March 22, and “The Young and the Restless” was daytime’s top program with 25 bids, but in February our forum posters, led by FreemanGriffin, held their 14th Annual Goldie Awards honoring the best in daytime television for the calendar year 2016, and for the first time ever they chose “The Bold and the Beautiful” as Best Drama Series.

“B&B” snapped a three-year winning streak by “Days of Our Lives,” which is tied with “Y&R” for the most Drama Series wins at the Goldies at five apiece. But even though “B&B” took the top prize, as well as Best Writing and Best Directing, “Days” still won the lion’s share of awards from our savvy derbyites: it came away with seven.

When considering our forum posters’ choices, it’s interesting to compare and contrast them to the television academy’s picks. We strayed greatly in some contests, awarding actors who weren’t even pre-nominated for Emmys. Our Best Actress nominees Rena Sofer (“B&B”) and Maura West (“General Hospital”) were completely left out by the academy this year, as were Best Actor nominees Eric Braeden (“Y&R”) and Darin Brooks (“B&B”).

2017 Daytime Emmy nominations: ‘The Young and the Restless’ leads with 25 including Best Drama Series

Gold Derby’s supporting winners were left off of the Emmys’ pre-noms list as well: Best Supporting Actor went to Greg Vaughan (“Days”) for the second time, despite the fact that he still hasn’t earned a single Emmy nomination. Best Supporting Actress resulted in a tie between Jane Elliot (“GH”) and Suzanne Rogers (“Days”); that was the second win for both women, and they’re both past Emmy winners too, but not this year.

However, our winners in the lead and younger categories are all contenders at the Emmys. Best Actor was awarded to John Aniston (“Days”), who’s nominated by the TV academy in the supporting race. Best Actress went to Nancy Lee Grahn (“GH”), a longtime Gold Derby favorite whom we even named Best Actress of the Decade for 2000-2009. Best Younger Actor and Best Younger Actress both went to the Emmy frontrunners, Bryan Craig (“GH”) and Lexi Ainsworth (“GH”).

Here’s what the posters themselves had to say about their list of winners:

EmmyLoser: “What an exciting list of winners. Some of them I expected, but some are quite surprising, though not bad by any means. It’s interesting that ‘DAYS’ and ‘GH’ won all of the acting awards.”

robbalto: “Pretty good list of winners. I am especially glad to see B&B was chosen as Best Drama Series. Now I know that I am not the only one who felt it was the best of the four in 2016.”

alokin: “Wow, the ladies of ‘GH’ cleaned up in the acting categories, congrats to them! And nice seeing ‘DAYS’ represented in the guest acting category with not one but two winners! You guys know I’m a sucker for ties, so the fact that we had four, including a three-way tie for the lifetime achievement winners (go Deidre Hall!!) is cause for celebration!”

Check out the complete list below. Do you agree with these results, or do you think the Emmys came closer to getting it right? Comment below, and join the discussion with your fellow daytime TV fans in our forums.