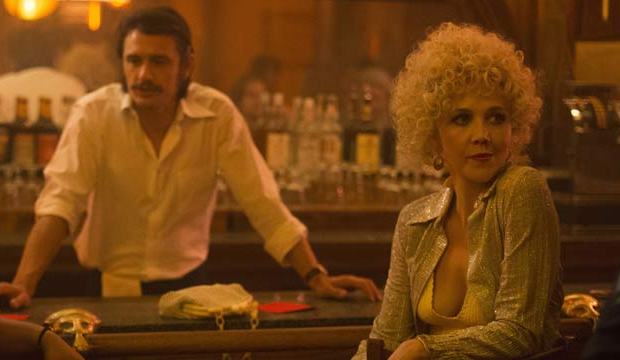 “The Deuce” has only aired two episodes as of this writing, but it has already been renewed for a second season by HBO. That’s a strong show of confidence from the premium network, especially for David Simon, whose previous work has been revered but not known to draw “Game of Thrones”-level numbers. He also hasn’t been known to draw “Game of Thrones”-level awards attention despite an abundance of critical praise for his projects “The Wire,” “Generation Kill,” “Treme,” and “Show Me a Hero.” Will this new series, about the rise of the porn industry in 1970s New York City, finally bring him to the forefront of the awards discussion?

Simon said in a statement regarding the show’s renewal, “Everyone involved with this project is genuinely grateful to HBO for the chance to take the narrative where it needs to go. We knew the theme and purpose of the story, but there are many people in the entertainment industry who might not have it told, or worse, would have told it for the wrong reasons. HBO is a serious outfit. And they don’t scare.”

Simon did win a pair of Emmys for his 2000 miniseries “The Corner” (Best Miniseries and Best Movie/Mini Writing), but since then his shows have struggled for recognition. Despite being considered a landmark series in the current golden age of television, “The Wire” only ever received two nominations: Best Drama Writing in 2005 and 2008. Then his Iraq War miniseries “Generation Kill” earned an impressive 11 bids, but its only three wins were in technical Creative Arts categories.

“Treme” struggled in its four seasons on the air, picking up Emmy bids for directing and songwriting in its first year but failing to get any other nominations until its shortened final season contended for four awards including Best Miniseries and Best Movie/Mini Writing. After that, things were looking up for the miniseries “Show Me a Hero,” which won a Golden Globe for its star Oscar Isaac, but then it was surprisingly shut out of the Emmy nominations.

On paper “The Deuce” is certainly awards-friendly, with detailed costumes, cinematography, and production design that evoke the gritty 1970s period. And its cast is led by James Franco and Maggie Gyllenhaal, both of who have won Golden Globes and been nominated for Emmys and Oscars. What do you think? Comment below, and join the discussion on this and more in our forums.

DISCUSS‘The Deuce’ with Hollywood insiders in our notorious forums