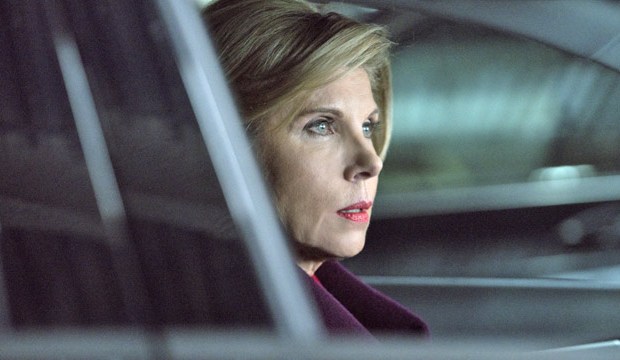 “The Good Fight,” a new CBS All Access streaming series based on the CBS prestige drama “The Good Wife,” debuted its first two episodes on Sunday, February 19. Set one year after the conclusion of the original series, “The Good Fight” features familiar faces on and off screen, including Emmy winner Christine Baranski (“Cybill” in 1995), Cush Jumbo, Zach Grenier and creators/writers Robert King and Michelle King. In light of the similarities, did TV critics like the new series as much as the original?

The first season of “The Good Fight” has received strong reviews from critics, scoring 79 on MetaCritic and 100% freshness on Rotten Tomatoes. The critics’ consensus reads, “An auspicious beginning for CBS All Access, ‘The Good Fight’ solidly follows its predecessor while allowing for new storytelling styles, a wider narrative scope, and a chance for its lead to explore new territory with a relatable human struggle.”

While much of the cast, including new additions Rose Leslie and Delroy Lindo, has received great notices, Baranski’s promotion from supporting character on “Good Wife” to the center of the action on “Good Fight” has attracted the most attention. Maureen Ryan (Variety) praises her performance, stating, “Baranski brings a heartbreaking rawness to her performance as Diane, who never got enough meaningful screentime on ‘The Good Wife.’” As does James Poniewozik (New York Times), who says the upgrade in role “plays to Ms. Baranski’s range, as she conveys both Diane’s desperation and the will it takes to master and move past it.” Gwen Ihnat (A.V. Club) adds, “It was also wise of the Kings to double-down on Baranski. As on her previous series, she’s absolutely riveting as Diane.”

Did the series premiere of “The Good Fight” live up to your expectations? Check out some of the reviews below and post your own thoughts in our TV forums.

Hank Stuever (Washington Post): “With remarkable turnaround, the Kings and their collaborators have delivered a spinoff drama, ‘The Good Fight,’ which, in its first two episodes, proves to be a more-than-worthy successor, with the potential to surpass the original.”

Jen Chaney (Vulture): “‘The Good Fight’ immediately establishes itself as a series that’s confident in its characters – understandably, since it already knows some of them – and the viewer’s ability to pick up on nuance without needing to underline its subtexts in bright-red marker… This is a show about grown-ups that treats its audience like grown-ups, too.”

Daniel Fienberg (Hollywood Reporter): “It’s got above-average brains, structure and humor, the kind of strong mainstream network drama that’s always welcome, only with cursing. The Kings always had more than just plot on their minds and the ‘Good Fight’ milieu should offer fresh racial and economic points of discussion.”

Liz Shannon Miller (Indiewire): “But it’s a spin-off in the best sense of the term, the platonic ideal of ‘let’s keep a good thing going.’ The tone and rhythm which made the original legal drama so engaging remains intact.”

Jeff Jensen (Entertainment Weekly): “It’s immediately the best legal drama in the TV-verse… What captures your imagination is the resonant premise of women trying to pick themselves – and each other – up again after gutting falls.”