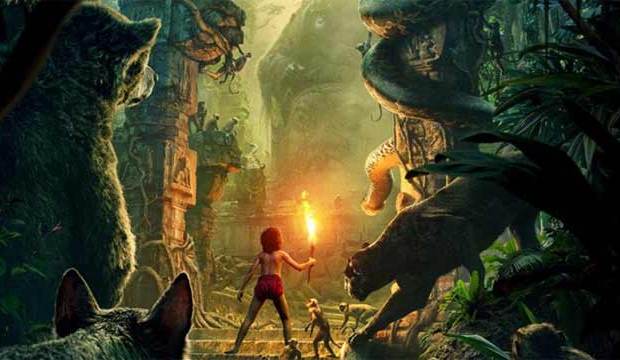 With 1/3 odds from our 28 movie Experts, “The Jungle Book” is predicted to win Best Visual Effects at Sunday’s Academy Awards. This live-action re-imagining of the classic Disney movie recently dominated the Visual Effects Society Awards, winning five trophies including Best Effects Driven Film. Now it’s poised to follow up those victories at the 2017 Oscars airing live Sunday on ABC and hosted by Jimmy Kimmel.

In second place is “Rogue One: A Star Wars Story” with 7/1 odds, based on the support of three experts: Matt Atchity (Rotten Tomatoes), Michael Hogan (Vanity Fair) and Tom O’Neil (Gold Derby). “Rogue One” actually went home empty-handed at the VES Awards earlier this month.

The only Oscar Expert who believes that “Doctor Strange” will win is Eric Deggans (NPR). This results in 18/1 odds for the Marvel superhero flick. “Doctor Strange” earned the trophy for Best Created Environment at the VES Awards.

“Kubo and the Two Strings” is next in line in fourth place. Keith Simanton (IMDb) is predicting the animated film will prevail, resulting in odds of 20/1. “Kubo” is also up for the Best Animated Feature Oscar, where it’s predicted to lose out to “Zootopia.”

Rounding out the category at 80/1 odds is “Deepwater Horizon.” “You need to stay inside the story, and the effects can’t be noticed as effects at all,” visual effects supervisor Craig Hammack told Gold Derby during our recent webcam chat.

According to our overall combined odds featuring the predictions of all Experts, Editors, Top 24 Users (those who did the best at their winner picks last year), All-Star Top 24 (who got the highest scores when you combine the last two years’ Oscars) and All Users, the rankings are nearly same. The favored pick of more than 2,500 people is “The Jungle Book” with 2/7 odds over “Rogue One” with 7/1 odds. “Doctor Strange” follows with 22/1 odds, and then “Kubo and the Two Strings” at 25/1 and “Deepwater Horizon” at 80/1.

Last year’s Oscar champ for Best Visual Effects was “Ex Machina.” What will join it in the Oscar winner’s circle this year?

'Outlander,' 'Rogue One,' 'Westworld' and 'Doctor Strange' among big winners at 2017 Saturn…

New to Netflix in July: Streaming service to add 'Rogue One: A Star Wars Story,' 'Lion' and much…

'Star Wars' 40th anniversary: Vote for your favorite, from 'A New Hope' to 'Rogue One'…

MTV Movie & TV Awards predictions: 'Rogue One' and 'Beauty and the Beast' neck-and-neck for Movie of the…

2017 MTV Movie & TV Awards predictions: Who will win Movie of the Year & Show of the Year?

Beyonce could voice Nala in live-action 'The Lion King'

'Moana' debuts at No. 1 on home video charts