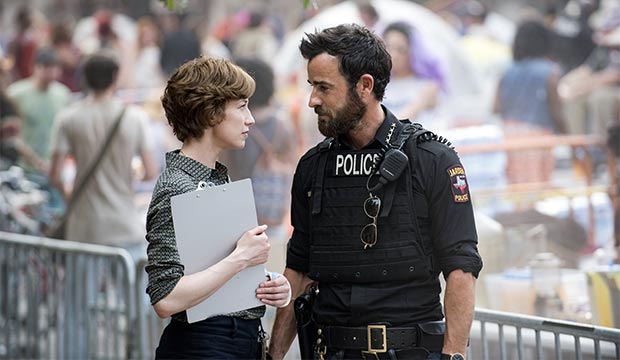 The final season of “The Leftovers” premiered Sunday night to rave reviews, scoring a 98 on Metacritic. Unsurprisingly, the show’s writers, directors and actors have been roundly praised — as has music supervisor Liza Richardson (read quotes below), despite critical reviews not typically citing achievements in music supervision and even fewer naming music supervisors. It is not a field that gets much credit, but it got major validation this year when the Emmys approved a new category for Best Music Supervision, which they describe as “the creative contributions made by the music supervisor to the music of any television program.”

‘The Leftovers’ season 3 reviews: The final episodes are ‘spectacular, in every sense of the word’

“The Leftovers” ultimately lost the guild award to “Stranger Things.” Richardson had won the year before for her work on “Narcos.” “The Leftovers” was actually her third consecutive bid as she was nominated first for “Parenthood” in 2014, losing to “Breaking Bad.”

For the first season of “The Leftovers,” Richardson was nominated for Best Television Music Supervision at the 5th Hollywood Music in Media Awards, the other set of awards voted on by Emmy-voting music supervisors, in addition to a wide range of other industry professionals. She lost to the team from “Sons of Anarchy.”

Dish the final season with Hollywood insiders in our notorious forums

Find praise for the music supervision on “The Leftovers” Season 3 this year below:

Sean O’Neal ( The A.V. Club): “The music choices from supervisor Liza Richardson are particularly inspired this season, a raft of old spirituals, ’60s pop schmaltz, and ’90s gangsta rap that comment cleverly on the action, reserving Max Richter’s elegiac score for just the scenes where it has the greatest emotional impact.”

Alan Sepinwall (Uproxx): “The work ‘Leftovers’ music supervisor Liza Richardson does in concert with the rest of the show’s creative team is so remarkable and spot-on [that] many of the songs feel like [showrunner Damon Lindelof] traveled way back in time and told the composer, ‘You don’t know me, but in 2017, I’ll be making an obscure but critically acclaimed TV show that’s going to need a song exactly like this.’”

Brian Tallerico (RogerEbert.com): “There’s a use of music in this series that’s unpredictable and joyful — what other show could incorporate ‘Take on Me,’ ‘Personal Jesus’ and a classical version of Metallica into its fabric and make it feel like no other song would work in that moment?”

Kevin Fallon (The Daily Beast): “The music cues are a wonder to behold. In the first string of episodes there are uses of folk hymns, ‘Protect Ya Neck’ by Wu-Tang Clan, the ‘Perfect Strangers’ theme song, a jazz remix of ‘Reach Out and Touch Me’ and A-ha’s ‘Take on Me’ that are positively genius.”

Daniel Fienberg (The Hollywood Reporter): “A review of the third season of ‘The Leftovers’ could probably focus exclusively on musical cues and needle drops in the series, including the transition from Max Richter’s original score to Iris Dement’s ‘Let the Mystery Be’ to a hodgepodge of songs over the current opening credits.”

Will the final season of “The Leftovers” find Emmy redemption?

Will “The Leftovers” break through at the Emmys this year? Use the Gold Derby predictions center to log your predictions now before the nominations announcement on July 13 and also predict other awards, like the Tonys. You can also predict reality shows and compare your picks and results with experts and other users from across the world, so get started!

Yep, he's gay: 'Stranger Things' star Noah Schnapp confirms what has long been hinted at about Will…

'Stranger Things' spinoff and play on the way: Which are you more excited to see? [Poll]