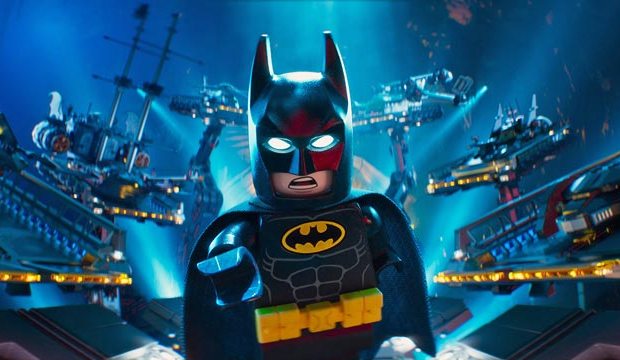 Two years ago, “The Lego Movie” won over audiences and critics with its humor and unique animation style. Most awards pundits not only predicted it would score an Oscar nomination for Best Animated Film, they believed it would win. But to the shock of many, the film was snubbed by the animation branch. Will Arnett has returned to voice his take on the “Brick Knight” in the spinoff “The Lego Batman Movie.” Can this self-referential comedy get justice for the original film and claim a spot in Best Animated Feature? Vote in our poll below.

Like its predecessor, “The Lego Batman Movie” is doing boffo box office in an early February release. The film finished its first week in theaters in second place (just behind “Fifty Shades Darker”), but easily finished first in its second week of release to show true staying power. As of this writing, the original “The Lego Movie” has a domestic gross of $257 million, and with just two weeks under its belt “The Lego Batman Movie” is keeping pace with a healthy $107 million.

Critics have also come out to bat for the film, which boasts an impressive 91% certified fresh rating on Rotten Tomatoes. David Sims (The Atlantic) claims it’s “a wry piece of meta-commentary that deconstructs (no pun intended) everyone’s favorite moody hero using the anarchic animated style of the Lego world.” And after the poor reception of “Batman v. Superman: Dawn of Justice”, Sims finds the film ultimately refreshing: “‘The Lego Batman Movie’ works precisely because it knows audiences are sick of its hero. It’s a reassessment, an intervention, an effort to try and remember what’s fun about him and what maybe needs to remain on the cutting-room floor.” And Peter Travers (Rolling Stone) gives the film 3 out of 4 stars claiming the picture “animated with love and lunacy is the funniest Caped Crusader movie ever” and suggests “Will Arnett may have found the role of his career voicing the growly Dark Knight.”

Star power is in no short supply, and I would suggest that any Oscar campaign heavily feature the film’s enormous and likeable voice cast. In addition to Arnett as Batman, it features the likes of Zach Galifianakis (The Joker), Michael Cera (Robin), Rosario Dawson (Batgirl), Ralph Fiennes (Alfred), Jenny Slate (Harley Quinn), and Conan O’Brien (The Riddler) among many others. Even Mariah Carey makes an appearance to voice the mayor of Gotham. Really. Having these personalities in one room together is a recipe for the funniest Oscar event of the season.

“The Lego Movie” did manage one Oscar nomination: a Best Song bid for “Everything is Awesome” by Shawn Patterson. If all else fails and “The Lego Batman Movie” can’t win over the animators, the film features another bubbly tune which could easily break through with the music branch. “Who’s The (Bat)Man” serves as a de facto theme song for Arnett’s dark knight, and features Fall Out Boy’s Patrick Stump doing a spot on impression of the Caped Crusader’s gravelly voice. We shall see if “The Lego Batman Movie’s” current success can sustain itself until the next awards season and make a better showing at the Oscars than the first film could.