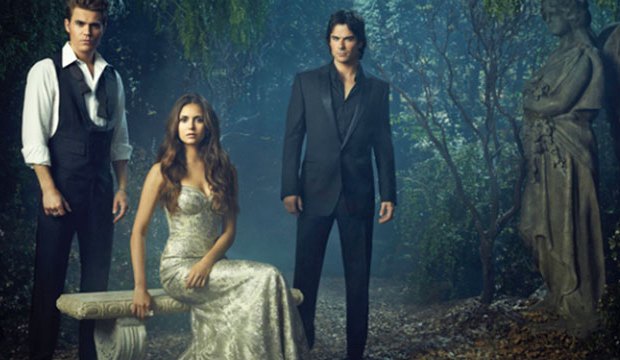 There is something sexy about vampires, which is undoubtedly why they’ve long been a part of pop culture. A likely draw is their immortality and the possibility of staying forever young. So “The Vampire Diaries” was an instant hit when it debuted in 2009 and even had a spinoff, “The Originals.” But at its core it is a supernatural soap opera, which means there have been a lot of romantic connections. Before “The Vampire Diaries” airs its series finale on Friday, March 10, please enjoy our gallery above highlighting the steamiest, sexiest, most romantic scenes of all time.

“The Vampire Diaries” was based on the popular YA book series of the same name by L.J. Smith, and at its beginning was the story of a high-school student and cheerleader, Elena (Nina Dobrev), who is torn between two brothers: the tortured, sensitive Stefan (Paul Wesley) and the bad-boy with a good heart Damon (Ian Somerhalder).

The show debuted in the fall of 2009 at the height of the vampire craze and on the heels of the “Twilight” saga and the more adult-themed HBO series “True Blood” in 2008. The “Twilight” saga’s last film, “Breaking Dawn Part 2,” premiered in 2012 and “True Blood” finished its seven-season run in 2014. So as fans prepare for “The Vampire Diaries” to air its final episode on Friday, it may temporarily put a stake through the heart of the vampire romance craze.

'Buffy the Vampire Slayer' 20th anniversary: Catch up with the cast 20 years later

'The Vampire Diaries': Most shocking moments of all time for Nina Dobrev, Ian Somerhalder…

Emmy mystery: Why hasn't 'The Walking Dead' caught on like 'Game of Thrones'?
Emmy ballot shockers: Chelsea Handler and Craig Ferguson out
Mike Suby on challenges of composing music for 'Vampire Diaries' and 'Project Runway' (Exclusive…
MTV Movie Awards predictions: Is Zac Efron still the best at being shirtless?
Emmys MVP: Nina Dobrev says goodbye to 'The Vampire Diaries,' hello to nomination?
News Nuggets: Who are the most liked TV actors working today?