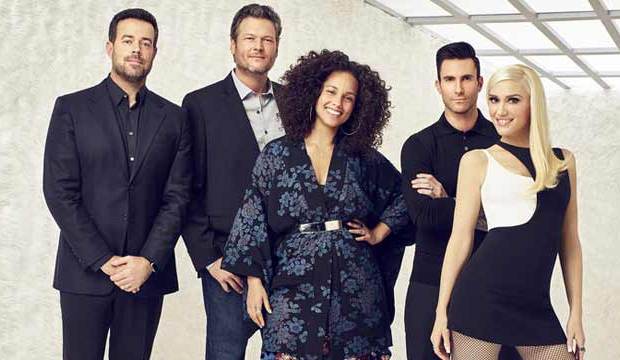 “The Voice” will win the Emmy for Best Reality-Competition Series for the fourth time in five years. That’s the conclusion of almost all of the Experts we’ve polled from various top media outlets, but as of this writing there’s one who thinks otherwise. So where could that shocking upset come from?

The Emmy for Best Reality-Competition Program was created in 2003, but in the 14 years of the category’s existence only three shows have ever won it. At first “The Amazing Race” seemed downright invincible, winning the first seven in a row (2003-2009). But “Top Chef” broke that stranglehold by winning in 2010. However, “The Amazing Race” wasn’t down for the count. It came back to win in 2011 and 2012, and even after “The Voice” pulled off its first victory in 2013 “The Amazing Race” struck yet again for another win in 2014, bringing its all-time total to 10 victories. Then “The Voice” won twice more in a row (2015-2016) — so is this the start of a brand new dynasty for reality-competition shows?

If any show upsets “The Voice” this year, it’ll be “The Amazing Race,” right? Not necessarily. Our last Expert, Kerr Lordygan (Rotten Tomatoes), is actually forecasting a victory for “Project Runway.” Thus far the show has won only two Emmys out of 41 nominations since premiered in 2004: Best Reality Picture Editing (2009) and Best Reality Host (Heidi Klum and Tim Gunn, 2013). Despite 12 straight nominations for Best Reality-Competition Program the fashion design show has yet to win the top prize. Is that about to change this year?