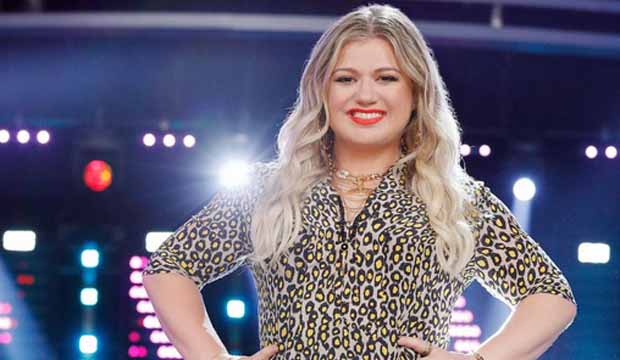 Kelly Clarkson has been such a fun team advisor for Season 13 of “The Voice,” but sadly it’s her last night for the knockouts. But don’t worry since she joins the Emmy-winning program as a full-time coach beginning for Season 14 in 2018.

We’ve been live blogging every episode of this season, including the first two knockout rounds on Monday, October 30, and Monday, November 6. What will happen for Kelly’s final time on the show in 2017? Who will be the remaining artists moving forward to the playoffs next week for coaches Adam Levine, Blake Shelton, Jennifer Hudson, and Miley Cyrus? Our analysis is found below in the latest recap live blog.

8:00 p.m. – With Team Miley the first to be complete, Blake, Jennifer and Adam are left to finish things out. Each of them has one knockout remaining with Jennifer holding the final steal. Will it be a member from Team Adam or Team Blake that she saves? Who will give the best performance of the night? And will one of your favorite artists be sent packing too soon? Let’s find out!

8:05 p.m. – Jennifer paired up Chris Weaver and Katrina Rose for her final knockout because they are both powerful interpreters of music. Chris chose “I Put a Spell on You” because he has experience playing the late, great Nina Simone as a drag queen. Kelly suggested Chris tone it down a bit to show off his lower register. Jennifer agreed, but loves the fact that he is a “freight train” and wants him to own the moment.

8:08 p.m. – Katrina chose “Zombie” by The Cranberries. This girl can blow too, wow! After performing in “Hairspray” in Las Vegas at the age of 22, Katrina became a kickboxing instructor and had given up on music. This is her time to bring her voice back to the masses. Kelly is amazed at the talent on Jennifer’s team.

8:10 p.m. – Chris was up first and took coaching notes by showing off his lower register at the top of the performance. This guy knows how to milk a song! He seamlessly transitioned into a powerhouse production on the stage that brought all of the coaches to their feet. That’s how you make a statement on “The Voice!”

8:15 p.m. – Katrina is up next. I love the passion she puts into performance, but some of these early soft notes seem a bit off key. Her voice is great, but I am not sure this ended up being the best song choice for her. Her high notes didn’t quite hit the mark either. I wish she had another chance, but this will probably be it for her.

8:18 p.m. – Miley loved both performances, but would choose Chris. Adam said Chris is like a laser beam and Katrina is like a flame thrower. Blake wouldn’t change a thing about Katrina’s performance and said Chris always delivers a tidal wave. Jennifer seemed slightly torn, but predictably chose Chris as the winner and rightly so. With Jennifer holding the only remaining steal, Katrina was unfortunately sent home.

8:26 p.m. – Next on the docket is Team Blake’s Red Marlow vs. Megan Rose. He paired them up because he wants to decide which lane of country music he wants to concentrate on. Megan is taking on “Smoke Break” by Carrie Underwood. Kelly advised her to open up a bit more because she’s trying to win a show called “The Voice.” She also wants to her to work the stage a bit more. For his part, Red will perform “Outskirts of Heaven” because it’s like a “wheelbarrow full of turnip greens.” I love the things that come out of Red’s mouth. Red is a throwback to the country voices of the 80’s and 90’s while Megan is a more current option.

8:30 p.m. – Megan seems a bit nervous on stage at the top of her performance. She’s easing into it, but I’m not convinced she has the stage presence it takes to win this competition. Based on this performance, I’d say this knockout is Red’s to lose.

8:36 p.m. – In contrast to Megan, Red seems at home on the stage. It is clear he is a seasoned performer who knows what kind of artist he is. He has a solid voice that would probably stand out on a few other seasons, but the pool is so deep this year I’m not sure how memorable he will be. I almost enjoy hearing him talk more than listening to him sing.

8:38 p.m. – Adam likes the way Red tells a story when he sings with no “BS.” Miley thinks Red sounds he came straight off of his own tour and she would go with him. Jennifer said Red is what country music should sound like, but Megan was captivating. Blake agreed with me that nerves played a part in Megan’s performance. For that reason, Blake chose Red as the winner of this knockGetty Images…out.

8:46 p.m. – The final knockout of the season is Team Adam’s Anthony Alexander vs. Hannah Mrozak, meaning one of them will move forward with Adam and the other will be stolen by Jennifer. Anthony is just a senior in high school and will perform “Mercy” by Shawn Mendes. Adam and Kelly advised him to raise the key and push himself more. Hannah is taking on “Love on the Brain” by Rihanna which Kelly seems to love. Kelly gave her some good notes, proving she will be a coach to be reckoned with next season!

8:49 p.m. – Anthony is up to perform first. He has a great pop voice but lacks confidence. He fumbled over the words a little bit but recovered nicely. His voice is superior to his ability to convey his message on stage. Anthony is the type of artist that could grow exponentially as the season progresses. He didn’t hit this performance out of the ball park, but I’m interested to see where he goes this season.

8:54 p.m. – Hannah delivered a spark from the moment she hit the stage. This is by far the best I’ve seen her perform all season. Where did this come from? She’s working the stage like a pro. Granted, there are stronger voices this season, but I give her an A for effort and would declare her the winner of this knockout. But let’s see what Adam thinks.

8:59 p.m. – Blake thought Anthony sounded nervous at the beginning of his performance and for that reason he would choose Hannah. Jennifer felt like Anthony was uncomfortable on stage but loved his passion. To her, this knockout was a tie. Miley said she didn’t think Anthony was nervous, she just didn’t think he knew what to do with himself on stage. Adam is drawn to Anthony because he’s not fully cooked yet and he wants to be a part of helping him grow as a performer. Following his heart, he chose Anthony as the winner of the knockout. Jennifer then saved Hannah by using the final steal of the season!

Tune in to the live playoffs next week when the power is turned over to the viewers at home! In “The Voice” three-day event, the top 12 will be determined.

You can start making winner and elimination predictions for “The Voice” later this month. In the meantime, be sure to make your predictions for “Dancing with the Stars,” “Survivor” and more reality show to help set their racetrack odds. You can keep changing your predictions until just before the live shows air. You’ll compete to win bragging rights and a $100 Amazon gift certificate on any shows with live episodes. See our contest rules and sound off with other fans in our reality TV forum. Read more Gold Derby entertainment news.