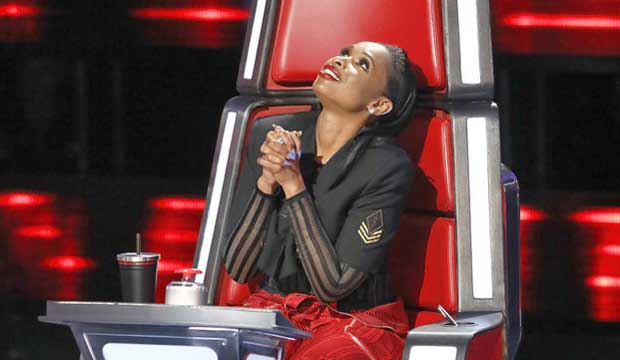 Season 13 of “The Voice” aired the first playoff round on Monday, Nov. 13. This two-hour episode featured the teams of two of the four coaches: Jennifer Hudson and Blake Shelton. Each had to decided which three of their six artists to take through to the live shows. While Shelton has been with “The Voice” and won five of the previous 12 seasons, Hudson is a newcomer to the US edition of the show. However, she did just win the British version of “The Voice.”

Hudson is hoping to replicate that success with her three live show finalists: Davon Fleming, Shi’Ann Jones and Noah Mac. Do you think she made the right picks? Below, read a brief recap of each of the three artists that didn’t make the grade with her — Lucas Holliday, Hannah Mrozak and Chris Weaver — and then vote in our poll as to which of these three was the most deserving to move on to the live shows. And be sure to sound off in the comments section.

Lucas Holliday (Comeback Artist)
Blind Audition: “This Woman’s Work” (one-chair turn)
Battle Round: “My Prerogative” (won over Meagan McNeal)
Knockout: “Tell It Like It Is” (lost to Shi’Ann Jones)
Playoff: “The Beautiful Ones”