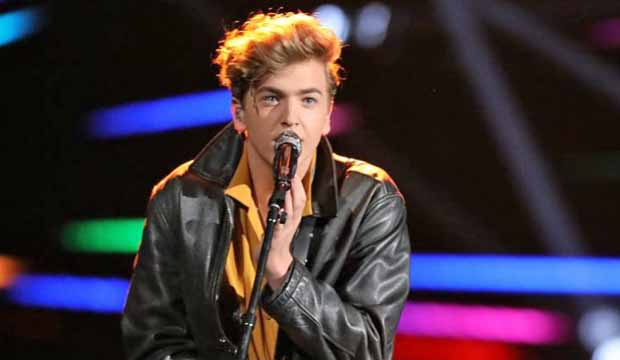 While Jennifer Hudson may be a first-time coach on the US edition of “The Voice,” she is coming off a win on the British version of this reality competition series. After hearing Team Jennifer Hudson sing on the first live show of the season, we asked you which of her three contestants — Davon Fleming, Shi’Ann Jones and Noah Mac — sounds most like a winner.

At the time of this writing, Mac has the overwhelming lead, garnering a whopping 77% of the vote. Fleming is far back at 18% while Jones merits a mere 5%. If you haven’t voted in our poll yet, read a brief recap of the songs sung by each of these three artists so far in the competition and then vote in our poll as to which of these is the likeliest to win season 13 of “The Voice.” Sound off in the comments section and also vote in our poll as to which of Hudson’s three castoffs from the playoffs — Lucas Holliday, Hannah Mrozak and Chris Weaver — was the most deserving to move on to the live shows.

And be sure to cast your ballots in the polls about the best artists on the other teams too.

Davon Fleming
Blind Audition: “Me and Mr. Jones” (four-chair turn: went with Jennifer Hudson)
Battle Round: “I’m Your Baby Tonight” (won over Maharasyi)
Knockout: “I Can Only Imagine” (won over Eric Lyn)
Playoff: “I Am Changing”
Live Show 1: “Love On Top”