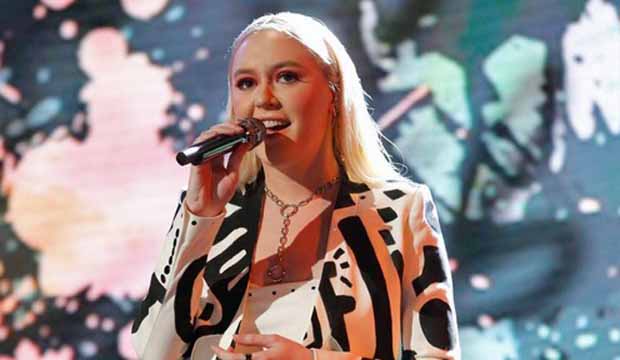 Just 10 artists are remaining in the competition to become the champion of NBC’s “The Voice” for Season 13. This week Team Blake Shelton’s Chloe Kohanski set the bar by scoring her first #1 hit on iTunes, a feat worthy of topping our power rankings! But Blake shouldn’t get too comfortable, his rival coaches Adam Levine, Jennifer Hudson and Miley Cyrus are determined to stop him from winning his sixth title and they each have potential winners of their own.

Team Miley took its first hit of the season during Tuesday night’s live results episode when Janice Freeman was eliminated after losing the Twitter save to Team Adam’s Adam Cunningham. Now both Team Miley and Team Adam are down to two artists remaining while Team Blake and Team Jennifer remain at full strength with three artists each.

Below, I rank this season’s remaining artists best to worst based on who I feel has the best chance to advance to the next round. Here are my full power rankings for the Top 10 artists leading into next week’s performances.

1. Chloe Kohanski (Team Blake)
When Chloe closed Monday night’s show with Bonnie Tyler’s classic “Total Eclipse of the Heart,” she brought the coaches to their feet and solidified her place as the one to beat. The recording of that track skyrocketed to number one on the iTunes chart, the first time an artist has achieved that feat this season. She masterfully performed the song as if she had been doing it for years, showing poise, confidence and serious vocal chops. Blake commented that she had set the bar for the entire competition and, at least for now, she’s on top!

2. Addison Agen (Team Adam)
Slipping into second place is Addison, who was stunning once again with a performance of Joni Mitchell’s “A Case of You.” She was clipping at Chloe’s heels on iTunes, reaching number two, her highest position so far. By no means is she out of this competition, in fact, some would argue that this teenager has the richest, most recognizable voice of the season. If she just continues on the path she is on this could end up being one of the closest finales in the history of “The Voice.”

3. Brooke Simpson (Team Miley)
In a season full of unusual front-runners, Brooke could sneak up and steal the crown with her consistently powerful, emotional vocals. Brooke fits the profile of a typical artist who would win a singing competition, and with her performance of Pink’s hit “What About Us,” she proved she can be relevant in the current landscape of pop music. I’m still waiting for that “wow” moment where Brooke steals the show, but I continue to believe it will happen. Should Chloe and Addison run each other down by competing for the same fan base, Brooke could end up taking this from both of them.

4. Noah Mac (Team Jennifer)
Noah took a slight dip in the rankings this week but is another artist who should be considered a threat to win. He is a magnetic performer and his take on “Electric Love” by Borns was “smart, cool and modern” according to Adam. I have no doubt he is dominating the teenage girl demographic, but it’s difficult to know how widespread his appeal is among other voters. It feels like his “star power” may be taken for granted at this point and he will have to do something more to keep fans excited if he wants to win. But at this point he is doing consistently well on iTunes and is in no danger of going home anytime soon.

5. Red Marlow (Team Blake)
This week’s most improved artist is Blake’s classic country singer who had a perfect song choice with “The Dance” by Garth Brooks. It’s hard to go wrong with such a beautiful, classic song and Red’s voice blended perfectly into this iconic melody. Naturally, he reaped the rewards by charting in the top 10 on iTunes for the first time this season. But as impressive as that was, I have a difficult time believing Red can actually win in this season that seems to be skewing to a younger audience. This song led to a perfect storm for Red and he will have to prove he can replicate that success moving forward.

6. Keisha Renee (Team Blake)
There’s a lot to be said for someone trying to bridge two styles of music in a mainstream way and Keisha has become one of the most interesting artists this season. Her rendition of Faith Hill’s “Breathe” was not as bombastic as some of her other performances, but Keisha proved to be vocally strong in every register of her voice. Audiences didn’t connect with this as well as they have to some of her other performances and her iTunes results weren’t great. I still believe she can rebound and she shouldn’t be going home in the near future.

7. Davon Fleming (Team Jennifer)
Davon had the difficult task of taking on “I Have Nothing” by Whitney Houston, which tends to never go well for anyone who attempts it. He has the vocal chops to excel with a big song, but this was not his best. There’s just something not working for Davon, who should be higher on this list based on his vocal abilities. That being said, he performed decently on iTunes and has the ability to deliver a show-stopper if he can work out all the kinks.

8. Shi’Ann Jones (Team Jennifer)
Shi’Ann absolutely nailed her performance of Beyonce’s “Listen” this week, bringing all four coaches to their feet. It was the second week in a row she has floored me with a vocal prowess well beyond her 15 years of age. But why isn’t she resonating with a broader audience? She was dead last among contestants on the iTunes chart despite appearing to do everything right on stage. Something is not connecting for her and I can’t put my finger on it because I seem to be one of the few she IS connecting wtih. My one suggestion would be to try something a little more “young” and “fun” that is more age appropriate than covering divas twice her age.

9. Ashland Craft (Team Miley)
Ashland is a formidable singer who has consistently made smart song choices that have kept her in the competition. This week it was “Chicken Fried” by the Zac Brown Band and she gave another gritty, gutsy performance we’ve come to know her for. She isn’t doing anything wrong, I just don’t think she stands out from the pack this season. Blending in nicely is fine if you want to make the top eight, but if she wants to win she will have to take her stage presence up a notch.

10. Adam Cunningham (Team Adam)
After two consecutive weeks in the bottom, how could Cunningham rank any higher than last place at this point? I will continue to blame Levine, who I think has been an absolute garbage coach for this country singer since the moment he stole him from Blake. For years Levine has been whining about how no country artists would join his team. Now he has one that fits the profile of numerous past champions and he feeds him nothing but rock songs to sing. Cunningham has completely lost his fan base. After his coach sabotages him during the live performances, Cunningham rallies for the instant save by singing what viewers want to hear from him: country music. What’s on the docket next week? A Metallica cover?

Make your winner and elimination predictions today for “The Voice.” Also be sure to make your predictions for “Survivor” and more reality shows to help set their racetrack odds. You can keep changing your predictions until just before the live shows air. You’ll compete to win bragging rights and a $100 Amazon gift certificate on any shows with live episodes. See our contest rules and sound off with other fans in our reality TV forum. Read more Gold Derby entertainment news.