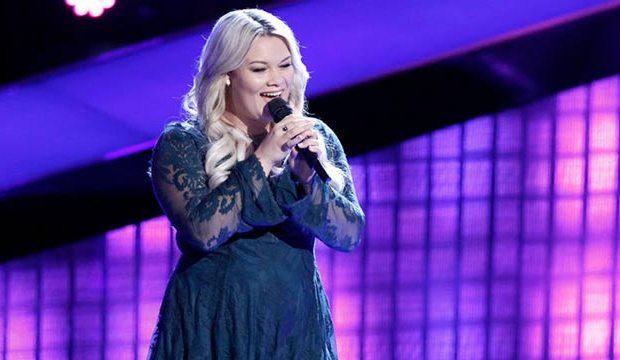 When it came time for Miley Cyrus to choose her third and final artist to join her for “The Voice” Top 12 live shows, she went with her heart and selected 21-year old Ashland Craft from Piedmont, South Carolina. It might be her best shot at fulfilling her dream of coaching a country artist to the win. Like Miley, Ashland is a country artist to the core but is able to bridge the gap between that genre and others, like rock and pop, with an unwavering sense of style and purpose. Because of that, Ashland heads into next week’s live shows with a ton of potential to pull in new fans each week based on song choice alone.

In this week’s playoffs Ashland was perhaps at her most country, covering Gretchen Wilson‘s 2004 hit “When I Think About Cheatin’.” Compared to her previous song choices, this is probably the best example of who Miley sees Ashland becoming as an artist, with Blake Shelton backing her up in his critique of the performance telling Ashland that country music needs an artist like her. I think what Blake was getting at is that aside from Gretchen Wilson herself, country music has been missing the presence of a young, edgy female artist that straddles the line between rock and country.

In that vein, Ashland’s strongest performance to date is probably her Knockouts round take on the Bon Jovi anthem “Wanted Dead or Alive.” With that song Ashland proved herself as a cross-genre artist that can take a well-known rock song and give it her own unique, contemporary spin on it. Though not rock songs, she had already accomplished similar feats by bringing two oldies, “Good Hearted Woman” and “You Are My Sunshine,” to life in her Battle and Blind Audition performances, respectively. So, going forward, Ashland’s biggest strength is her willingness to step outside the box of country to find songs in other genres that showcase the versatility and depth of her industry appeal.

Do YOU think Ashland Craft has what it takes to win? Will Miley’s dream of winning with a country starlet come true? Let us know in the comments!