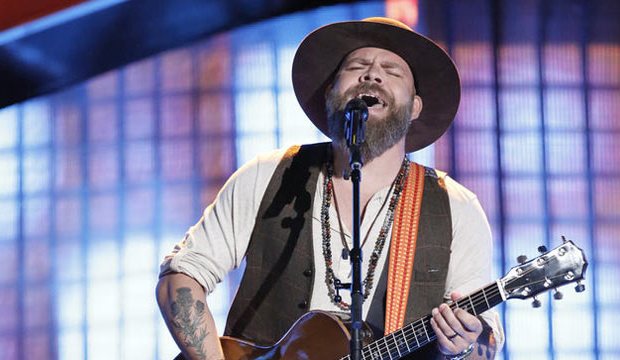 When Adam Cunningham tore up “The Voice” stage with his blind audition of The Allman Brothers Band’s “Midnight Rider,” my immediate thought was, “He is going to win!” I had that same feeling when I saw eventual champs Craig Wayne Boyd in Season 7 and Sundance Head in Season 11. But despite Adam’s stellar performance, he managed to convince only Blake Shelton and Jennifer Hudson to turn their chairs for him. Not surprisingly, Adam chose Blake as his coach. But after Blake committed a rare strategic mistake, this potential threat could now become the first country artist to lead his new coach, Adam Levine, to victory.

After his blind audition, Adam won his Battle over Natalie Stovall pretty decisively when they paired up on “Boondocks.” Then in the Knockouts, Adam slowed things down for the first time and delivered a soulful, heart-felt performance of “Either Way.” But Blake wasn’t as blown away as I was and instead chose Esera Tuaolo as the winner of that round, leaving the door open for Levine to steal.  With their new pairing, Levine pushed Adam further into the rock lane by urging him to sing Joe Cocker’s “Have a Little Faith in Me.” Once again Adam impressed the coaches with his gritty, passionate performance and was an easy choice to advance to the Top 12.

Although Adam has had a bit of a roller coaster of a season, he must be taken as a serious threat. Country singers have had a strong history on “The Voice,” especially male country singers with a rock edge to them. And let’s not forget that both Craig Wayne and Sundance only received two chair turns for their blind auditions as well. In fact, CWB lost both his Battle and Knockout rounds before going on to win. Adam’s confidence on stage, along with his country-rock voice and impressive range have proven to be a winning combination for artists in the past. What is to stop Adam from doing the same with a surprise in Season 13?

Do YOU think Adam Cunningham has what it takes to win? Or will Adam Levine push him too far into the rock lane and alienate his country fan base? Let us know in the comments!