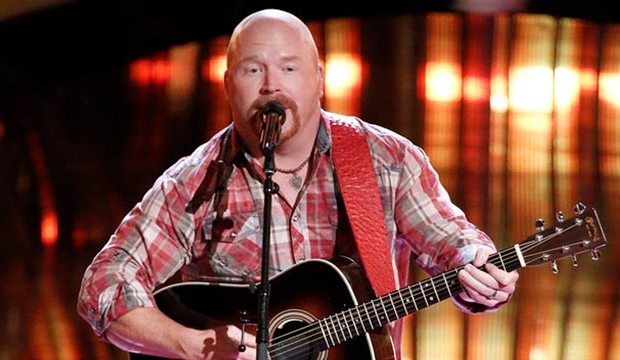 Five-time champion “The Voice” coach Blake Shelton could achieve a record-extending sixth win this season with Red Marlow, the 40-year old from Dickson, Tennessee. Red’s appeal in the competition is that he has not once swayed from his vision of who he is as an artist, from his opening performance of “Swingin'” in the Blind Auditions and onward he has committed himself to his roots in traditional country music from the 80s. As a seasoned and poised performer, Red will enter the live shows with the experience and confidence it takes to win, but his biggest challenge will be proving to an audience with tastes beyond just country music that traditional country, specifically, is still relevant today.

Red’s most impressive performance came in the second round when he went head to head with Ryan Scripps on The Nitty Gritty Dirt Band‘s “Fishin’ in the Dark.” In that Battle Round duet Blake was pitting Red’s traditional style of country against Ryan’s more current sound, but also a laid back performer against a naturally charismatic younger artist. To my surprise, Red proved that he is more of an entertainer than I originally gave him credit for and could be an engaging performer without having to showboat.

In the next two rounds, Red seemed more confident and poised than before, solidifying his place as one of the frontrunners on Blake’s team. In the Knockout stage he sang a masterful cover of “Outskirts of Heaven” and for his Playoffs performance he handled “Chiseled in Stone” just as beautifully. With both performances, Red planted his flag in the ground as the best country singer this season has to offer with a massive amount of potential to bring in the audience votes that led past country artists from Team Blake to their own victories.

Do YOU think Red Marlow has what it takes to win? Do you think he should sing something more current in an upcoming performance? Let us know in the comments!