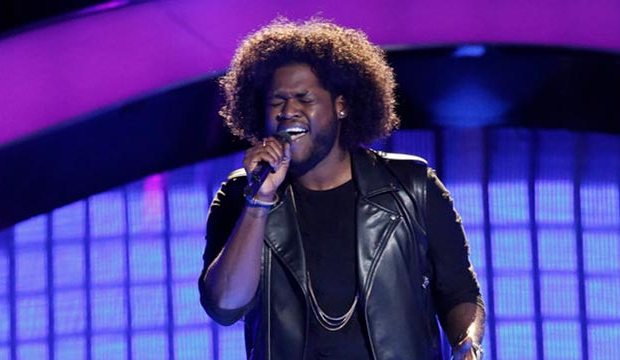 When Davon Fleming opened up the playoffs with a spine-tingling rendition of his coach Jennifer Hudson’s song, “I Am Changing,” he made a statement to his competitors that he represents everything “The Voice” is about. To stand flat-footed and effortlessly belt out an iconic power ballad that most singers wouldn’t even attempt is something to commend. But this 25-year old worship leader who calls Whitney Houston his second mother was born to sing. And with each performance he shows range, power and vocal dexterity that would have made his late idol proud.

Davon was a Season 13 standout from the moment he hit the stage during the blind auditions, singing “Me and Mr. Jones.” All four coaches turned their chairs for the man who was gliding up and down the musical scales with his voice. Jennifer threw her shoe, Miley Cyrus‘ jaw dropped, Adam Levine stood up in his fighting stance and Blake Shelton declared with confidence, “You’re gonna be in the finale.” But it was his connection with Jennifer and their spontaneous duet of “I Will Always Love You” that led him to her team.

After that epic introduction, Davon skated through his Battle performance of “I’m Your Baby Tonight,” taking out Maharasyi in the process. But it was his fiery gospel performance of “I Can Only Imagine” in the Knockouts that sent a fierce competitor in Eric Lyn home and further cemented Davon as a vocal beast. After all of that fanfare, I think it is safe to say that Davon still hasn’t peaked. As he becomes more comfortable on the big stage he has the opportunity to draw in fans of pop, soul, Broadway and R&B alike. If he continues to diversify his performances and deliver jaw-dropping vocals, Davon could be singing his way to victory.

Do YOU think Davon Fleming has what it takes to win? Which songs could help get him to the finish line? Let us know in the comments!