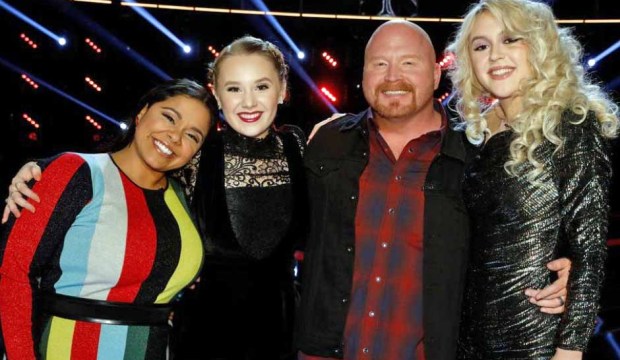 On Monday’s final of “The Voice,” the top four artists —  Addison Agen, Chloe Kohanski, Red Marlow and Brooke Simpson— battled it out for the season 13 championship. Each sang three times with a cover, an original song and a duet with their coach. All 12 of these songs were made available on iTunes and those that registered in the top 10 at noon ET/ 9 a.m. PT qualified the artist for a five-times vote multiplier.

Agen did the best of the bunch with all three of her songs making the iTunes top 10, thus qualifying for the vote multiplier. She grabbed the top spot with her original single “Tennessee Rain.” Her cover of the Tim McGraw Grammy-winning hit “Humble and Kind” is in fifth place. And her duet with coach Adam Levine on the Oscar-winning “Falling Slowly” grabbed the 10th and final slot.

Kohanski went two for three. She landed in second place with the original tune “Wish I Didn’t Love You.” This emotional ballad was well-suited to her edgy style. And her cover of Kim Carnes‘ 1981 chart-topper “Bette Davis Eyes” sits in seventh place.

Simpson is also represented on the top 10 chart by two of her performances. Her soaring rendition of the classic Christmas carol “O Holy Night” is in fourth while her original song, “What Is Beautiful,” which was co-written by her coach, Miley Cyrus, is in eighth.

Marlow only made it onto the chart once but it has to be gratifying for him to be in third place with “I Pray,” as he wrote this song which tells a powerful tale of turning to God after personal struggles.

Which of these Top 4 artists do you think will win “The Voice” this season? Make your predictions as to how each will do in the competition. You can keep changing your predictions until just before the live result shows air. You’ll compete to win bragging rights and a $100 Amazon gift certificate on any shows with live episodes. See our contest rules and sound off with other fans in our reality TV forum.