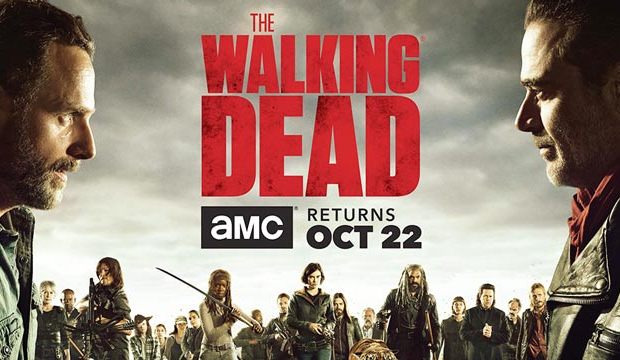 “The Walking Dead” debuted back in 2010 and was an instant hit for AMC, but even diehard fans will tell you that not every episode of the zombie apocalypse drama is a winner. Click through our photo gallery above that ranks every episode of AMC’s “The Walking Dead” from worst to best, according to their IMDb scores. Can you guess what’s #1? (We’ll be back to update this gallery at the end of Season 7.)

Despite its ratings successes, “The Walking Dead” has been plagued by a revolving door of showrunners beginning with the first season which was under the helm of past Oscar nominee Frank Darabont. After he abruptly left at the beginning of Season 2, executive producer Glen Mazzara took over, then he also stepped down and was replaced by current showrunner Scott M. Gimple. The show has had a so-so Emmy Awards record, winning only two trophies for Best Prosthetic Makeup (2011-2012).

But “The Walking Dead” has always done better when it comes to TV critics, getting nominated at the TCA Awards twice: New Program (2011) and Program of the Year (2013). At the Critics’ Choice Awards it has been nominated for even more accolades: Drama Series (2011); Drama Actor (Andrew Lincoln, 2013); Drama Supporting Actress (Melissa McBride, 2014) and Most Bingeworthy Show (2015-2016). It even won Guest Drama Performer this year for Jeffrey Dean Morgan. The producers should be careful if they’re intending for Morgan to enter the guest Emmy category, as he can only appear in two more episodes before he will have to be switched over to the supporting category, thanks to the relatively new 50% rule.

Make your SAG predictions now; change them till Jan. 29

“The Walking Dead” will compete later this month for the fifth year running at the SAG Awards for Best TV Stunt Ensemble. Make your SAG picks and tell industry insiders which shows, films and performers you have out front to win on January 29.  You can keep changing your predictions right up until just before the show time. Be sure to make your predictions right here. You’ll compete for a place of honor on our leaderboard and a starring role in next year’s Top 24 users (the two dozen folks who do the best predicting this year’s nominees). Read our contest rules.