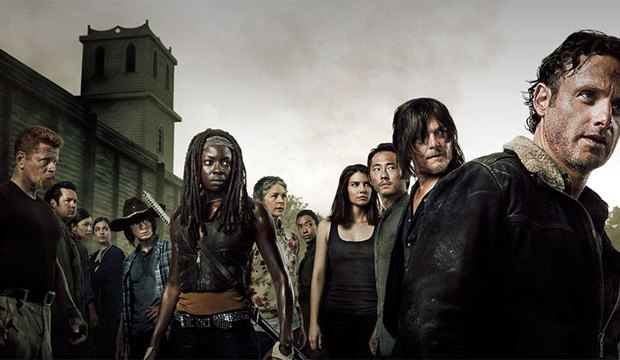 Warning: the following post contains major “The Walking Dead” spoilers from the winter finale of Season 8. Read at your own risk!

Sunday’s mid-season finale, titled “How it’s Gotta Be,” appeared to be the end of the road for Chandler Riggs‘s Carl Grimes after he received a walker bite to his torso. However, showrunner Scott M. Gimple clarified that Carl hasn’t died just yet. “The bite is gonna play out as we’ve seen bites play out,” Gimple told “Talking Dead” host Chris Hardwick immediately following the episode’s airing on AMC. “It’s very important to Carl’s story and the entire story what happens in the next episode. So I’m just focused on the fact that Carl, right now, is alive. And he has some business to attend to.”

Gimple noted that the Alexandria survivors, including dad Rick (Andrew Lincoln), would not be able to keep Carl alive by slicing off part of his skin, as they’ve done with other characters. “That is a one-way ticket,” Gimple confirmed about the location of Carl’s bite. “I’d like to think that the things that we see in the next episode are so important to his life and the other characters’ lives. I don’t want to just categorize him as gone.”

Knowing he was at death’s door, Carl told his father, “That’s how it happened,” as he lifted his shirt to reveal his zombie bite. There is much fan speculation that Carl was actually bitten before the events of this episode, and that’s why he was so willing to die at the hands of Negan (Jeffrey Dean Morgan).

Gimple later raved that Riggs’ performance in the next episode of “The Walking Dead” — which returns Sunday, February 25, 2018 — is among “the finest work we’ve seen on the show.” Are you heart-broken that Carl is at death’s door? Sound off with your thoughts down in the comments section.