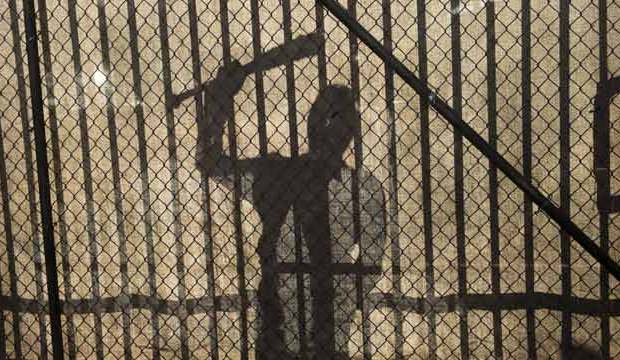 “The Walking Dead” stuntman John Bernecker has died after suffering an accident on the set of AMC’s zombie apocalypse series, our sister site Variety has confirmed. After falling more than 20 feet from a balcony to the concrete ground, the 33-year-old was escorted via helicopter to a nearby Georgia hospital where he passed away due to blunt force trauma. Besides “The Walking Dead,” Bernecker also worked on TV shows like “24: Legacy” and “Scream Queens” and big-screen films such as “Logan” and next year’s “Black Panther.”

Production on “The Walking Dead” Season 8, which returns in October, has been temporarily halted following the on-set tragedy. While Hollywood continues mourning the unexpected loss of one of their own, “The Walking Dead” cast and other celebs are taking to Twitter to share their thoughts on the stuntman. Here are some of their comments:

Jeffrey Dean Morgan (Negan): “Deep sorrow today, and for every tomorrow. Love, respect, and condolences to johns family, and friends. He will be forever missed.”

Steve Coulter (Reg Monroe): “#TWDFamily John Bernecker, a TWD stuntman, was badly injured in a fall on set yesterday. Please RT & put him in your thoughts and prayers.”

Larry Teng (director): “To the ATL stunt community, the incredible amount of love & support you’ve shown #JohnBernecker really tells you the kind of man he was.”

Sarah Michelle Gellar (actress): ” I never worked with #JohnBernecker, but I have so much love, admiration and appreciation to all the dedicated stunt men and women #rip”

Garret Dillahunt (actor): “Gutted to hear about #JohnBernecker. I have such a soft spot for the stunt community. Most of my career is stunt-enhanced. We all owe them a great deal. My thoughts are with his family. #RIP”

Samuel Roukin (actor): “John Bernecker doubled me this season for a spectacular stunt on ‘Turn’ S4. He was a beautiful, positive, meticulous professional who made a career out of making other people look good. In the short time I knew him I was deeply impressed. I am so sad to hear he has passed and my thoughts are with his family at this awful time. R.I.P”