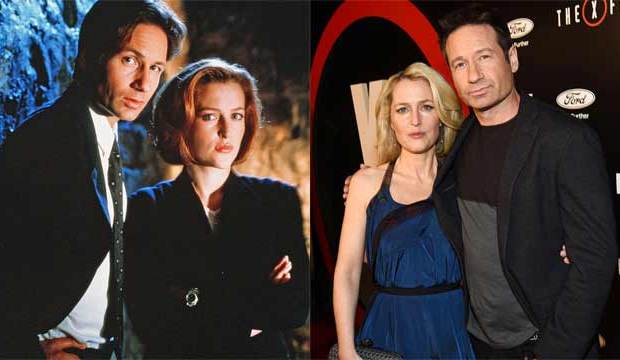 With news this week that “The X-Files” will begin filming Season 11 this summer, Gold Derby invites you to catch up with the careers of the show’s iconic cast members in our photo gallery above. Among the dozen stars we feature are of course Fox Mulder and Dana Scully themselves, David Duchovny and Gillian Anderson, as well as AD Skinner’s alter ego Mitch Pileggi and the Cigarette-Smoking Man’s criminally underrated portrayer William B. Davis.

Since “The X-Files” originally left the airwaves back in 2002, Duchovny has kept busy by starring in two other television series: Showtime’s “Californication” (2007-2014) for which he won a Golden Globe for Best Comedy Actor, and NBC’s “Aquarius” (2015-2016).

Pileggi never took a break from television, keeping his fans entertained with guest appearances on “Stargate: Atlantis” (2005-2009) and “Sons of Anarchy” (2008-2013). Next up, you can watch him on the big screen in “Transformers: The Last Knight.”

Davis, who infamously puffed herbal cigarettes as his villainous character because he was a former smoker before taking on the role, continued working in Canadian theater and also appeared on Showcase’s “Continuum” (2012-2015).