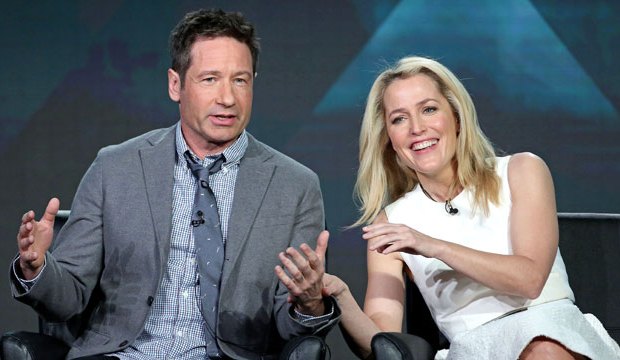 “The X-Files” returns for its 11th season overall (and second of the revival) on Jan. 3. At the recent Comic Con in Gotham, series creator Chris Carter gave a sneak peek of the arc that will dominate these 10 episodes: the return of William, the child that Dana Scully (Gillian Anderson) had with Fox Mulder (David Duchovny) and put up for adoption. “We explore that father-son-mother relationship,” revealed Carter. And, he says, “you’ll see more of William than you’ve seen in a long time.

Following the uproar when news broke that the writers room would be a male-only domain, Carter added two female scribes to a staff that includes producers/writers/directors James Wong, Glen Morgan and Darin Morgan as well as newcomers Gabe Rotter, Benjamin Van Allen and Brad Follmer.

And, after being called out on Twitter by Anderson, who noted that she and Michelle MacLaren were the only woman among the directors of the 207 episodes to date, Carter bowed to pressure to bring in women to helm two of the 10 installments this season.

Carter didn’t have to look far for one of these women: as per Anderson’s suggestion, he hired Carol Banker, who was part of the “X-Files” writing team for three seasons and also helmed episodes of “The Lone Gunmen,” a one-season spin-off of the show. The other woman in the director’s chair is Holly Dale, who has overseen more than 100 episodes of drama series, including the long-running supernatural series “Grimm.”

Among those schedule to guest on season 11 of “The X-Files” are two actors with ties to the supernatural: Barbara Hershey (“Once Upon a Time”) and Haley Joel Osment (“The Sixth Sense”). And slated for a return appearance is Karin Konoval, who portrayed the deformed Mrs. Peacock in the iconic “The X-Files” episode “Home.”