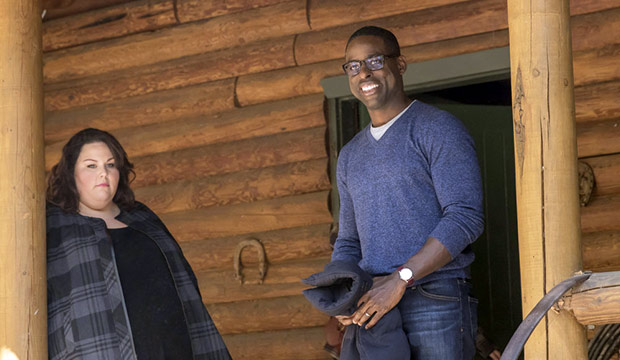 With the rise of cable and the advent of streaming, the TV academy has increasingly turned from ABC, CBS, CW, Fox and NBC. Dramas from the big five American networks this year have a combined 20 nominations, which is the most in four years, but 11 of the nominations are for “This is Us.” The Emmys nominated a historic low seven commercial broadcast dramas, following 2016 yielding 17 nominations from 10 dramas, 2015 yielding 19 from nine, 2014 yielding 19 from 12, and 2013 yielding 22 from 11.

“This is Us” is the most nominated new broadcast drama since ABC’s “Lost” in 2005, but it is only the fifth most nominated new drama this year; HBO’s “Westworld” is the most honored new drama since HBO’s “Six Feet Under” in 2002. One of the few categories in which “Westworld” was snubbed was Best Drama/Limited/Movie Stunt Coordination, which has no cable nominees this year and only one streaming nominee: Netflix’s “Luke Cage.” The stunt coordinators’ branch of the academy has resisted the shifting television landscape like no other.

Following 2013, 2014 and 2016, this is the fourth year in which Best Drama/Limited/Movie Stunt Coordination is the only category in which commercial broadcast dramas comprise the majority of nominees. (Voting in the Stunt Coordination categories was open in 2015 to the actors’ and directors’ branches in addition to the stunt coordinators’ branch, which resulted in NBC’s “The Blacklist” being the lone broadcast drama nominated for Best Drama/Limited/Movie Stunt Coordination that year, opposite four cable dramas.) The stunt coordinators notably snubbed HBO’s “Game of Thrones” in both 2012 and 2013, although the show won the Screen Actors Guild Award for Best Stunt Ensemble those years.