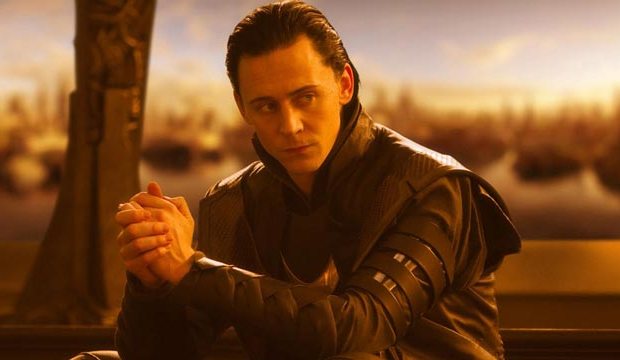 “At the end of ‘The Dark World,’ Loki is on the throne. At the beginning of ‘Ragnarok,’ Thor has a few questions and Loki is endearingly enigmatic about providing answers,” said Tom Hiddleston in a recent interview with Fandango while promoting his new film “Kong: Skull Island,” which opens March 10. Hiddelston soon reprises his star-making role as the nefarious Loki in “Thor: Ragnarok” after having played him in “Thor” (2011), “The Avengers” (2012) and “Thor: The Dark World” (2013).

“Ragnarok” is the third film in the “Thor” franchise and the 17th in the Marvel Cinematic Universe, which includes comic-book adaptations ranging from “Iron Man” to “Guardians of the Galaxy” to “Doctor Strange.” “Ragnarok” follows the events of “Avengers: Age of Ultron” and sees Thor (Chris Hemsworth) trapped on another world where he must battle his fellow Avenger the Hulk (Mark Ruffalo) in order to return to Asgard and defeat the villainous Hela (Cate Blanchett).

Dish ‘Thor’ with Hollywood insiders in our notorious forums

The new “Thor” film is directed by Taika Waititi, who previously made “What We Do in the Shadows” (2014) and “Hunt for the Wilderpeople” (2016) in his native New Zealand and is now making his big-budget Hollywood debut. “Taika Waititi is such a spirited, hilarious individual, and he and Chris became very fast friends,” said Hiddleston about the director. “I can confidently say this will be the funniest depiction of the character of Thor that you’ve ever seen.”

But viewers have a while to wait before they see it: “Thor: Ragnarok” opens November 3.

Cate Blanchett has 2 chances to break this SAG Awards record