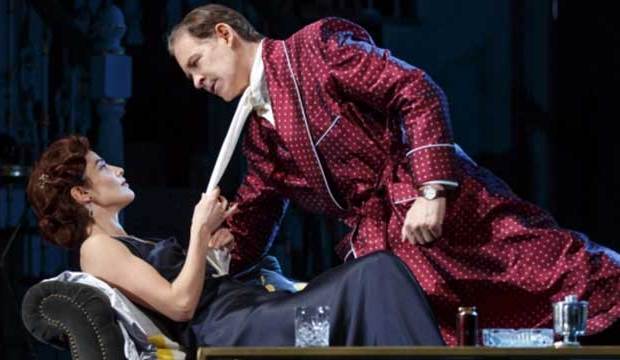 Theater-goers hoping to see what was deemed Broadway’s best last month are in for a shock. If they were slow to get themselves to the Great White Way since only a few weeks after the 2017 Tony Awards were handed out on June 11, nearly all the acting winners have departed. In fact, if a person was to attend the theater last week they would have only been able to see half of the eight actors who won Broadway’s highest honor only a month before.

Whether it is because of summer doldrums at the box office or actors just wanting to stick around long enough to get their Tonys, it has become all too common for marquees to be empty of their Tony-winning performers soon after CBS’s telecast has aired. The Tonys are thought to be the biggest annual commercial for Broadway shows, so it’s frustrating for fans not to get to see the winners live in action.

As of this writing, only Laurie Metcalf (Best Actress in a Play for “A Doll’s House Part 2”), Ben Platt and Rachel Bay Jones (Best Actor and Best Featured Actress in a Musical for “Dear Evan Hansen”) and Gavin Creel (Best Featured Actor in a Musical for “Hello, Dolly!”) remain in their award-winning roles. Fans of Metcalf have will also have to hurry to the theater since it has been announced that she, too, will depart her show come the end of the month.

Best Actress in a Musical winner Bette Midler began an extended vacation at the beginning of July and her role is being filled by past Tony winner Donna Murphy. Murphy gamely has taken on the difficult task of filling in on every Tuesday and during the vacations of Midler who has made “Dolly” into Broadway’s hottest ticket. The show did take a substantial hit at the box office during Midler’s absence as has another show, “The Great Comet,” which also lost its Tony-nominated draw Josh Groban at the beginning of July.

While the Tony Awards remain a strong advertisement for Broadway theater it has become increasingly apparent that you need to plan your theater-going prior to the summer heat of July or August if you want to see the most acclaimed performances of a season. Long gone are the days when a top star like Henry Fonda would literally spend years doing one play, as he did with “Mister Roberts.”