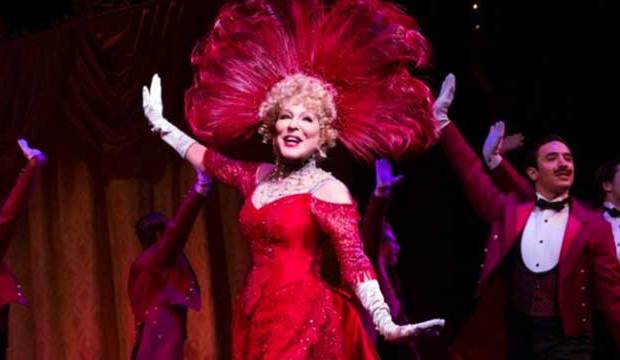 At this year’s Tony Awards, Bette Midler is the clear frontrunner to win Best Actress in a Musical for her acclaimed performance in the revival of “Hello, Dolly!” But could the news that she is unlikely to perform on the CBS telecast cost her votes? Remember, it is theater veterans, all of whom swear by that old saw that the show must go on, who decide the winners.

These 800 plus voters just got their ballots.  They have until Friday, June 9 at 5 pm to return them to the accountants. That is just two days before the Tony Awards air live from Radio City Music Hall. And that oversized venue is said to be the stumbling block for getting Midler to raise her voice in song to the 5,000 in the audience plus a few million more watching at home.

The Tony telecast producers had hoped that Midler and company would perform the title tune from this 1964 Best Musical champ, perhaps even as a curtain raiser for these kudos on June 11. They rejected the suggestion that the cast would tape a performance of this eleven o’clock number at the Shubert Theater, where the show is playing to boffo business.

The Tony producers were loathe to set a precedent by allowing this remote appearance. Part of the reason that this awards show keeps winning Emmys is because of the impressive efforts made to present live musical numbers from all the nominated shows. There is talk that Midler’s co-star, Tony and Emmy winner David Hyde-Pierce would represent the show at Radio City and do the ditty “Penny in My Pocket,” which had been dropped from “Hello, Dolly!” during its out-of-town tryout back in 1964 but resurrected for this revival.

Midler may be unaware of the drama surrounding her musical appearance. However, having won a special Tony Award back in 1974, she knows full well that the ceremony includes musical numbers. And given that she has sang at the Oscars, Emmys and Grammys, it would be a shame if she didn’t complete the grand slam.

Be sure to make your Tony Awards predictions. Weigh in now with your picks so that Broadway insiders can see how their shows and performers are faring in our Tony odds. You can keep changing your predictions until just before winners are announced on June 11. And join in the fierce debate over the 2017 Tony Awards taking place right now in our theater forums. Keep up with all the latest Gold Derby entertainment news.