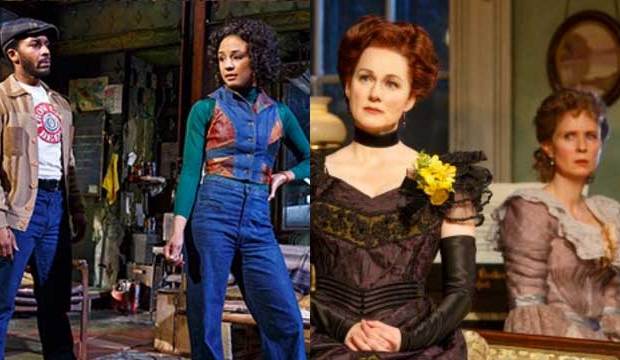 Manhattan Theatre Club had a stellar season on Broadway with revivals of August Wilson’s “Jitney” and Lillian Hellman’s “The Little Foxes” each reaping six nominations, including rival bids for Best Play Revival. The non-profit organization is sure to take home the trophy for one of them, but figuring out which proves challenging.

“Jitney” has the support of 12 of our experts drawn from journalists who cover the Broadway beat year-round. They know that the play over-performed when nominations were announced by appearing in all three design categories. The Outer Critics Circle, Drama League, and Drama Desk all named it Best Revival of a Play and Ruben Santiago-Hudson has become a threat for Best Director. One reason it has managed to stand out is that it’s the first time the play has appeared on Broadway but hanks to the Tony Awards’ “classics” rule, it was deemed a revival. However, the show’s  March closing date could end up holding it back. A few shuttered productions have claimed a top Tony prize, such as last year’s “A View From the Bridge.” But that staging, from avant-garde director Ivo van Hove, became an event in New York. “Jitney” never quite reached that level of fever pitch in terms of buzz, but did enjoy stellar reviews and word of mouth.

If voters indeed have short memories, MTC’s “The Little Foxes” will reap the benefits of its spring debut. The classic about an ambitious family in Alabama at the turn of the century has been a huge success. It also features an intriguing gimmick where stars Laura Linney and Cynthia Nixon play the roles of Regina and Birdie in repertory. The two stars are nominated for the roles they portrayed on opening night, and voters were only offered tickets on nights where the women played these parts. However, curiosity has lead plenty voters to go back for seconds to compare performances. That’s twice the exposure. Two of our experts — Suzy Evans (American Theatre), and Tom O’Neil (Gold Derby) — think the role swapping ladies will help their show take the top trophy.

Jeremy Gerard (Deadline Hollywood) is the lone expert going rogue. He is predicting a win for John Guare’s “Six Degrees of Separation.” But the production underperformed with nominations, failing to earn any bids for the striking design or beloved performers Allison Janney and John Benjamin Hickey. It’s only other nomination is for Lead Actor (Corey Hawkins).

None of the experts are currently backing Noel Coward’s “Present Laughter.” The farce could appeal to those voters in search of lighter fare. But the play is often performed and there is no urgency to give it top honors. It should still be all smiles at the St. James Theatre however: Kevin Kline is a near lock for Lead Actor and Susan Hilferty is a dark horse for her flashy costumes.

Be sure to make your Tony Awards predictions. Weigh in now with your picks so that Broadway insiders can see how their shows and performers are faring in our Tony odds. You can keep changing your predictions until just before winners are announced on June 11. And join in the fierce debate over the 2017 Tony Awards taking place right now in our theater forums. Keep up with all the latest Gold Derby entertainment news.

Hey, Tony Awards voters: You only have till 6 p.m. today (June 9) to fill out your ballots

Not so fast, Kevin Kline! Jefferson Mays ('Oslo') could still win Tony Award for Best Actor in a…