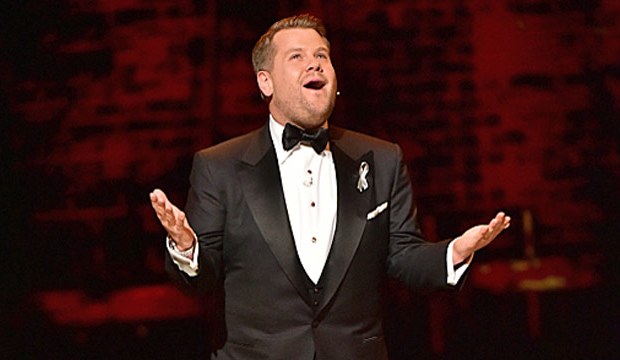 There has been no official announcement regarding who will inherit hosting duties for the 71st annual Tony Awards, but that hasn’t stopped us from voicing our own opinions. We asked our readers who they wanted to host the 2017 Tony Awards, and the people have spoken.

Most Gold Derby readers would be perfectly content with a repeat of the previous ceremony. Last year’s Tony host James Corden claimed an overwhelming victory in our poll, netting 42% of the votes. Corden brought his charm to the telecast to great success: with 8.7 million viewers, it was the largest audience for the Tonys in 15 years. While the hype for “Hamilton” surely had something to do with the boost in viewership, Corden won acclaim for his opening number, comedic bits, and incorporating a Broadway version of Carpool Karaoke from “The Late Late Show with James Corden.”

CBS’s other late night talk show personality Stephen Colbert (“Late Show with Stephen Colbert”) was forced to settle for third place with our voters. The total number of fans backing him comes in at 14%, far behind his late night co-worker Corden. But the network has already tapped Colbert to host this year’s Emmy ceremony, so fans of his will still get to see the comic bring his skills to a major awards fest.

The remaining candidates for host fared poorly with our readers. I thought it would be fun to see Nick Kroll and John Mulaney bring their curmudgeonly alter egos from “Oh, Hello On Broadway” to the Tonys. But only 9% of voters picked the duo. Perhaps the producers will let them present a category.

And 9% of poll takers decided to ditch my recommendations in favor of someone someone not named. Suggestions from the comments section included four-time tony host Neil Patrick Harris and “Hamilton” superstar Lin-Manuel Miranda. Both men would surely provide the viewership CBS desires.

The producers of “Sunday in the Park with George” pulled the production from awards consideration, taking its talented stars out of the Tony race. But, apparently readers were not sympathetic to Jake Gyllenhaal and Annaleigh Ashford. The proposed hosting pair grabbed just 4% of the vote.