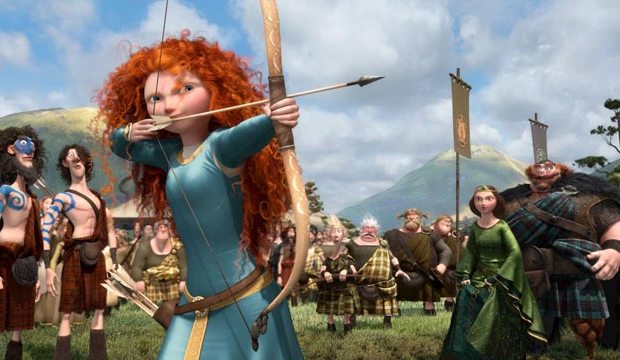 Pixar has done it again! Their 19th feature film, “Coco,” just opened for Thanksgiving weekend to critical acclaim and excellent box office receipts, helping to further boost the reputation of America’s top studio. And now this movie already joins our new photo gallery of the Top 12 greatest Pixar films of all time (tour the gallery above).

Just reeling off the best of Pixar — three “Toy Story” movies, “Finding Nemo” and “Finding Dory,” “Inside Out,” “The Incredibles,” “Up,” “WALL-E”… these titles are among the best animated features (even movies in general) of the last two decades. When asked to rank them, I balked — Pixar films hit at your heart and soul, so the choice of what’s best is so incredibly personal. There are a few Pixar films that are simply good, but by and large, the company has a hugely impressive track record. So please call this a ranking of my personal 12 best, which I thought that I had down cold. Then came the acclaimed “Coco,” set completely in Mexico and starring the voices of Gael Garcia Bernal and Benjamin Bratt.

According to the latest Gold Derby odds, “Coco” is the 8-to-5 favorite to win the Oscar for Best Animated Feature, a category in which Pixar has won eight Academy Awards out of 10 nominations. To date, Pixar feature films have won a total of 12 Academy Awards from 43 Oscar nominations. And “Remember Me,” the signature song from “Coco” composed by Robert Lopez (youngest EGOT winner ever) and his wife Kristen Anderson-Lopez, who won an Oscar with her husband for writing the earworm “Let it Go” from “Frozen,” are also leading this year’s Gold Derby odds at 2-to-1 for Best Original Song.

12. BRAVE (2012)
Pixar’s Oscar-winning film follows Merida (voiced by Kelly Macdonald), a Scottish princess who shocks the kingdom by bucking a long-time tradition when she decides that she has no interest in marrying whatsoever. The female-centric film marked an acclaimed first for Pixar.

11. MONSTERS, INC. (2001)
One-eyed monster Mike (voiced by Billy Crystal) and woolly monster Sulley (voiced by John Goodman) are employees of Monsters, Inc., a factory devoted to scaring children whose screams generate power for the city. But when a little girl accidentally wanders into the shop, all heck breaks loose.

10. COCO (2017)
Pixar’s latest takes place in a small town in contemporary Mexico where the Rivera family members are the town’s shoemakers, but 12 year-old Miguel dreams of being a musician. Like most Pixar films, the narrative is rock solid, but it is “Coco’s” visuals that depicts a color-filled world in the afterlife that distinguishes “Coco” in the Pixar canon.

9. UP (2009)
After one of the most beautiful sequences ever in a Pixar film detailing a couple’s life together in a few short minutes, the story focuses on the surviving husband (voiced by Ed Asner) who, together with a young Wilderness Explorer scout (voiced by Jordan Nagai), tries to fulfill a promise made to his late wife to go to South America via his house, which is held aloft by thousands of helium balloons.

8. WALL-E (2008)
I know I’m in the minority on this one, but “WALL-E” is just half of a great film. The first hour is simply breathtaking, a master class in visual storytelling, as WALL-E, the little robot trash compactor, is surrounded by a decimated Earth but finds a small seedling that he hopes to nurture into growing with the help of love, an EVE robot probe. Simply gorgeous. The tone of the film’s back half, however, changes sharply as it becomes a rather ham-handed satire on obesity that occasionally displayed a bit of a mean streak.

7. RATATOUILLE (2007)
There have been many “follow your dreams” stories in the Pixar lineup, but unquestionably the most bizarre is the dream of Remy, an ambitious young Parisian rat, who wants nothing more in life than to become a chef at a fine French restaurant.

SEETom Hanks movies: Top 20 greatest performances from ‘Splash’ to ‘Forrest Gump’ to ‘Apollo 13’ to ‘Toy Story’ to ‘Cast Away’

6. TOY STORY (1995)
The one that started it all for Pixar. The company’s first feature film was a smash hit right out of the box, as the story of children’s toys (Tom Hanks, Tim Allen and more) that pretend to the inanimate until humans leave the room spawned one of the most successful animated franchises in history. What’s even rarer is that the subsequent films in the franchise, instead of dropping off in quality, top one another (see below).

5. THE INCREDIBLES (2004)
Writer/director Brad Bird has had a knack for creating archetypal characters and placing them in the wrong situation, and here he takes a family of superheroes, who should be battling wizards in space and plunks them down in a quiet suburban neighborhood, just wanting to live a normal life.

4. FINDING NEMO (2003)
One of the most primal fears of any parent is the idea of their child going missing. And that’s just what happens  to a clownfish named Marlin (Albert Brooks) whose disabled young son Nemo is captured by scuba divers. While packing a powerful emotional punch, it was also a landmark in the development of breathtaking underwater animation.

3. TOY STORY 3 (2010)
This third installment is all about farewells and the feeling of loss that comes with them. The story also marks the farewell of Andy, the proud owner of Woody, Buzz, Jessie and all the rest as he heads off for college.  “Toy Story 3” is the third animated film (after 1991’s “Beauty and the Beast” and 2009’s “Up”) to be nominated for an Academy Award for Best Picture.

2. INSIDE OUT (2015)
“Inside Out” is one of Pixar’s most audacious creations, as it is set in the confines of the mind of an 11 year-old girl. Personified in the animation are five emotions — Joy, Fear, Anger, Disgust and Sadness — which the young girl regularly draws upon and that Joy finds herself trying to keep in check.

1. TOY STORY 2 (1999)
Many sequels have tried to outshine their first films, but “Toy Story 2” did it. Expanding on the universe that the first movie established, the sequel ponders the possibility of Andy outgrowing them or, even worse, the group being broken up or discarded.  The fears and emotions this film evokes are palpable.