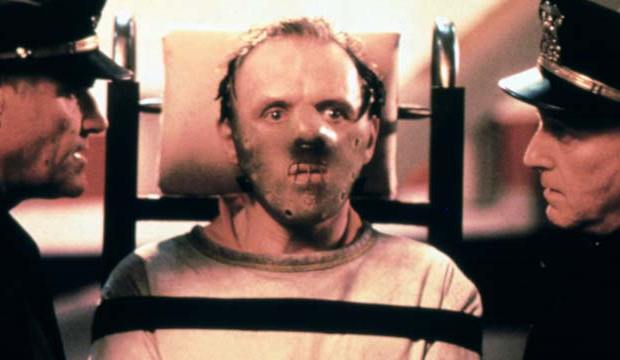 Oscar voters don’t like to be scared too often, but when that happens it’s frighteningly great! Horror movies and thrillers are usually way down the list for potential Academy Awards nominations behind weepy dramas and true-life biopics about overcoming obstacles. So when the voters actually reward those bone-chilling films and performances, stand up and take notice. Just in time for Halloween, let’s take a look back in our photo gallery above of the 13 scariest movies at the Oscars.

1. “The Silence of the Lambs” (1991)
Our photo gallery is led by “The Silence of the Lambs,” the first and so far only horror film to win Best Picture at the Oscars. Anthony Hopkins won Best Actor for playing Dr. Hannibal Lecter, an imprisoned cannibal who assists FBI cadet Clarice Starling (Jodie Foster) in capturing another serial killer. Foster won Best Actress, and the film also won Best Director (Jonathan Demme) and Best Adapted Screenplay (Ted Tally). Film editing and sound were also nominated.

2. “The Exorcist” (1973)
One of the most successful horror films in Oscar history is “The Exorcist” (1973). Linda Blair was nominated in Best Supporting Actress for playing a girl possessed by the devil. Ellen Burstyn was in the lead race for playing her petrified mother and Jason Miller, as a skeptical priest, was up for Best Supporting Actor. The film received 10 nominations including Best Picture and for director William Friedkin, cinematography, art direction, and film editing. It won Best Sound and Best Adapted Screenplay (William Peter Blatty).

3. “The Sixth Sense” (1999)
Director M. Night Shyamalan makes regular showings at the Razzies nowadays, but back in 1999 his smash hit “The Sixth Sense” scared up six Oscar nominations including Best Picture. In the film, Supporting Actor nominee Haley Joel Osment sees dead people, namely Bruce Willis, whose mortality factored heavily into the film’s much-publicized twist. The film lost all its races, including those for Best Supporting Actress (Toni Collette), Film Editing, and writing and directing (Shyamalan).

4. “Black Swan” (2010)
Voters embraced the disturbing “Black Swan” (2010). The genre-straddling film is not outright horror, but the twisted tale of Nina Sayers (Best Actress winner Natalie Portman) – a ballerina obsessively dedicated to her role in “Swan Lake” – certainly has its fare share of scary elements. Many of the film’s iconic images involve Nina’s certitude that she is physically transforming into a swan. Along with Portman’s Actress win, “Black Swan” was also nominated for Best Picture, Best Director (Darren Aronofsky), Cinematography, and Film Editing.

5. “Dr. Jekyll and Mr. Hyde” (1931)
The first horror film to get Oscar buzz was “Dr. Jekyll and Mr. Hyde” (1931). Fredric March won Best Actor for playing a scientist who takes a potion that turns him into a homicidal lunatic. The script and cinematography were also nominated. When the film was remade in 1941 with Spencer Tracy, it was nominated for Best Cinematography, Film Editing, and Score.

6. “Psycho” (1960)
Horror master Alfred Hitchcock earned a Best Director nomination for his classic “Psycho” (1960), a slasher film starring Anthony Perkins as the deeply disturbed hotel owner Norman Bates. It was also nominated for Cinematography, Art Direction, and Supporting Actress Janet Leigh as his victim who meets her fate in the shower.

7. “Jaws” (1975)
The blockbuster “Jaws,” Steven Spielberg‘s creature feature about a man-eating great white shark that terrorizes a New England resort town, was one of the five Best Picture nominees in 1975. Although it lost to “One Flew Over the Cuckoo’s Nest,” it won its bids for Best Film Editing, Sound, and for John Williams‘ menacing score.

9. “The Omen” (1976)
Composer Jerry Goldsmith (“Planet of the Apes,” “Chinatown”), won his only Oscar for “The Omen” (1976), about an American ambassador (Gregory Peck) who discovers his son Damien is the Antichrist. Goldsmith also contended in the Original Song category for his eerie chant “Ave Satani.”

SEEStephen King films: 12 greatest movies ranked worst to best from ‘The Shining’ to ‘The Shawshank Redemption’ to ‘It’

12. “An American Werewolf in London” (1981)
The inaugural year for the Best Makeup category had the Academy howling for “An American Werewolf in London” (1981). David Naughton‘s shocking transformation into a murderous beast let it easily defeat the only other nominee in its category – “Heartbeeps,” an unintentionally terrifying comedy about robots in love.

13. “The Fly” (1986)
David Cronenberg‘s remake of “The Fly” (1986) showed Jeff Goldblum‘s unnerving, graphic transformation into an insect. His DNA accidently merges with a fly’s during a risky teleportation experiment. As gross as it may have been, it was an easy winner for Best Makeup.