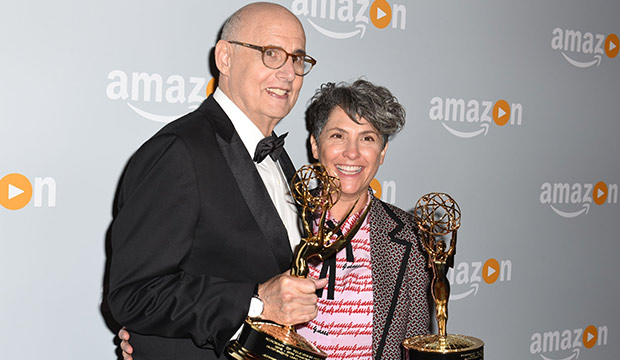 The big snub for Best Comedy Series in the Emmy nominations last Thursday was “Transparent.” It had ranked fifth in Gold Derby’s aggregate predictions, with 8/1 odds. This meant that it was considered more likely than three comedies that ultimately received nominations: “Master of None” (9/1), “Unbreakable Kimmy Schmidt” (16/1) and “Modern Family” (25/1). “Transparent” had won eight Emmys over its first two seasons, including consecutive wins for Best Comedy Actor (Jeffrey Tambor) and Directing (Jill Soloway), but none of its directors were nominated this year. How did it fall out of favor with the TV academy so quickly and suddenly?

The fall of “Transparent” at the Emmys was foreshadowed by its trajectory with other industry-voted awards. It won the Producers Guild of America Award for Best Comedy Series last year for its first season, then was not even nominated this year, with its second and third seasons eligible together. It won the Directors Guild of America Award for Best Comedy Directing for its first season, then was merely nominated for its second, then was snubbed for its third. Jeffrey Tambor won Best Comedy Actor at the Screen Actors Guild Awards last year, with the rest of the main cast sharing in a Best Comedy Ensemble nomination; Tambor lost this year to the man who won before him — William H. Macy (“Shameless”), who’s also up for the Emmy — and the show did not earn another nomination for Best Comedy Ensemble. The American Cinema Editors nominated the pilot for Best Half-Hour Editing, but snubbed the second and third seasons.

It is the same story with critic-voted awards, although the series continue get strong notices. Review aggregate Metacritic assigned the first three seasons respective scores of 92, 94 and 90. The Television Critics Association gave the first season a leading four nominations, then shut out the second and third seasons. The first two seasons amassed a combined 10 Critics’ Choice Award nominations, including consecutive Best Comedy Actor wins and consecutive Best Comedy Series nominations, but the third season reaped only two nominations (Best Comedy Actor and Supporting Actress for Judith Light) with no wins.