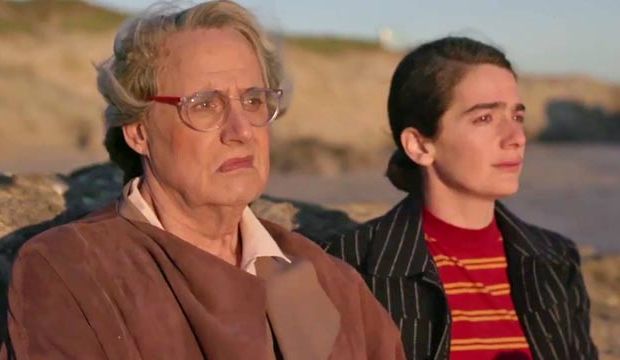 “Transparent” returned for its fourth season on Friday, September 22, on Amazon, following another year of awards notices including two Golden Globe nominations, two Critics’ Choice nominations, a SAG nomination, and seven Emmy nominations — though, unlike previous years, the show didn’t take home those prizes. Will the show make a comeback this coming year? Series creator Jill Soloway takes the Pfefferman clan on a new adventure of self-discovery, this time to Israel.

As of this writing the new season of “Transparent” has a MetaCritic score of 65. It’s “shaggy around the edges” compared to its earlier seasons, and “one’s tolerance for ‘Transparent’ depends on one’s tolerance for the overbearing, over-sharing, boundary-blasting Pfeffermans.” But it’s also “more ambitious this year.” This season boasts “some rich, funny and moving moments,” and the performances, led by two-time Emmy winner Jeffrey Tambor, are “terrific as usual.” There’s “never a dull moment,” and “fans will love this season.”

What do you think? Will you be binging season four of “Transparent” this weekend? Check out some of the reviews below and discuss this and more with your fellow TV fans in our forums.

Ben Travers (IndieWire): “There’s so much going on it feels like the series’ unique allures are being ignored. ‘Transparent’ has been at its best when it confidently captures its characters’ struggles to fit into the world around them. They’re not this or that; they’re them, and viewers love each one for being boldly, proudly, and often vulnerably themselves.”

Rob Lowman (Los Angeles Daily News): “‘Transparent,’ already renewed for a fifth season, is more ambitious this year. The series flourished within its close-fitting world even when exploring complex issues of sexuality and self-worth … The cast – led by Tambor – are terrific as usual. This year there are some rich, funny and moving moments, and the series continues to take chances other shows wouldn’t dare.”

Verne Gay (Newsday): “As usual, one’s tolerance for ‘Transparent’ depends on one’s tolerance for the overbearing, over-sharing, boundary-blasting Pfeffermans. But here’s a guarantee: One won’t be bored and one will end this ride with an affirmation, once again, that love may come in all shapes and sizes, but love is still love … Never a dull moment, and never a wasted one either. Fans will love this season.”

Alan Sepinwall (UPROXX): “What in its first two years was one of TV’s boldest, and most focused series has become shaggy around the edges in its more recent two … The show has never tried to hide its characters’ flaws, or even to apologize for them, but ‘Transparent’ tends to be at its most effective, and most powerful, when it’s placing those flaws in a context of tragedy and secrets and lies that goes back generations.”

DISCUSS‘Transparent’ with Hollywood insiders in our notorious forums