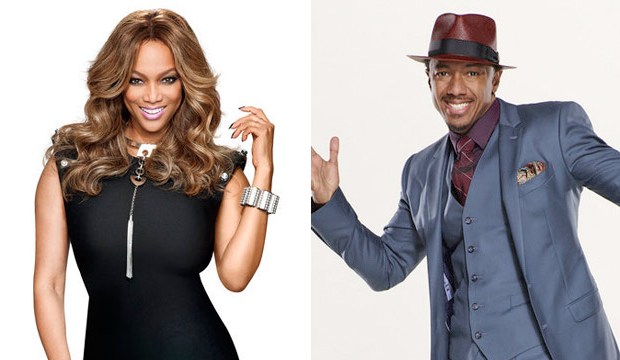 Now that audiences have seen Tyra Banks in action on the “America’s Got Talent” 2017 live shows, how do you think she compares to former “AGT” host Nick Cannon? Season 12 marks Banks’ first year on the long-running reality TV show, replacing Cannon who left following a rift with NBC over a racy joke. Vote in our poll below for whether you think Banks is a better host than Cannon.

As longtime fans may recall, Regis Philbin hosted the inaugural “AGT” season back in 2006. He only lasted one year, with Jerry Springer replacing him for the second and third seasons in 2007 and 2008. Cannon then joined up with the show in 2009, with his final appearance being the Season 11 finale in 2016 when he crowned Grace VanderWaal as the winner.

Prior to “America’s Got Talent,” Cannon was known as a celebrity dancer and actor in programs like “All That,” “The Nick Cannon Show” and “Wild ‘N Out.” Banks began her career as a model when she was just a teenager, before moving over to the acting world and then reigning supreme on fellow competition program “America’s Next Top Model.”

After voting below in our “Americas Got Talent” host smackdown poll between Tyra Banks and Nick Cannon, be sure to defend you choice down in the comments section.