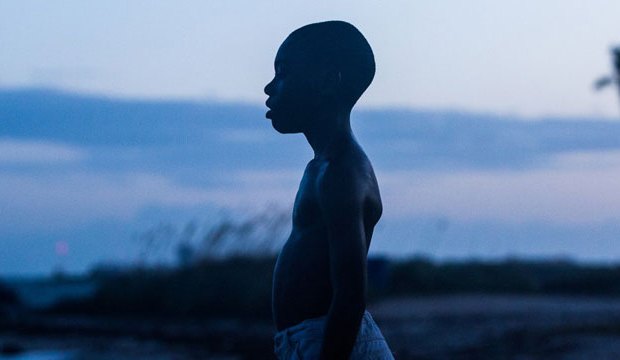 The USC Scripter Award, now in its 29th year, honors films adapted from novels, short stories, comic books, journalism, and other screenplays with both the source material and the adapted screenplay feted. This year’s winner was “Moonlight,” which prevailed over its four Oscar rivals for Best Adapted Screenplay — “Arrival,” “Fences,” “Hidden Figures” and “Lion.” “Moonlight” director Barry Jenkins adapted Tarell Alvin McCraney‘s story that he had based on his unproduced play; both men are predicted to share in the Oscar win as well.

This stellar track record could be down to the fact that a slew of academy members serve on the Scripter jury that is chaired by WGA president Howard Rodman. Among them are four Oscar-winning screenwriters — Geoffrey Fletcher, Christopher Hampton, John Ridley and Eric Roth — as well as five Oscar-nominated scribes (Naomi Foner, Lawrence Kasdan, Nicholas Kazan, Hawk Ostby and Robin Swicord).

Last year’s Scripter line-up included four of the Oscar nominees: dual winner “The Big Short,” “Brooklyn,” “The Martian” and “Room.” The Scripter race was rounded out by “The End of the Tour” while “Carol” contended at the Oscars.

In 2014, three of the Oscar nominees for Adapted Screenplay first contended here: double champ “The Imitation Game” as well as “Inherent Vice” and “The Theory of Everything.” Also up for the Scripter were “Gone Girl” and “Wild” while the Oscars included “Whiplash” (which had been considered an original script by precursor prizes) and “American Sniper.”

In 2013, three of the Oscar nominees for Adapted Screenplay were also Scripter contenders: double winner “12 Years a Slave” as well as “Captain Phillips” and “Philomena.” The Scripter race was rounded out by “The Spectacular Now” and “What Maisie Knew” while the Oscar category added “Before Midnight” and “The Wolf of Wall Street.”

In 2012, all five Oscar nominees were cited by the Scripter Award: “Beasts of the Southern Wild,” “Life of Pi,” “Lincoln,” “Silver Linings Playbook,” and the winner of both prizes, “Argo.” They were joined by a sixth Scripter nominee that didn’t contend at the Oscars: “The Perks of Being a Wallflower.”

NEW: Oscar odds in all 24 categories

In 2011, three of the five Scripter nominees went on to reap Oscar bids: “Moneyball” and “Tinker Tailor Soldier Spy” joined double-winner “The Descendants,” along with two films left out by the academy: “A Dangerous Method” and “Jane Eyre.”

In 2010, “The Social Network” faced three of the other four Scripter nominees — “127 Hours,” “True Grit” and “Winter’s Bone” — at the Oscars. The fifth Scripter contender, “The Ghost Writer,” was edged out at the Oscars by “Toy Story 3” which was ineligible for consideration here.

And in 2009, “Up in the Air” prevailed with the Scripter jury over three of its competitors at the Oscars — “District 9,” “An Education” and “Precious” — as well as “Crazy Heart.” The fifth Oscar nominee was the adapted script for “In the Loop.” However, it was “Precious” that eventually won over academy voters.