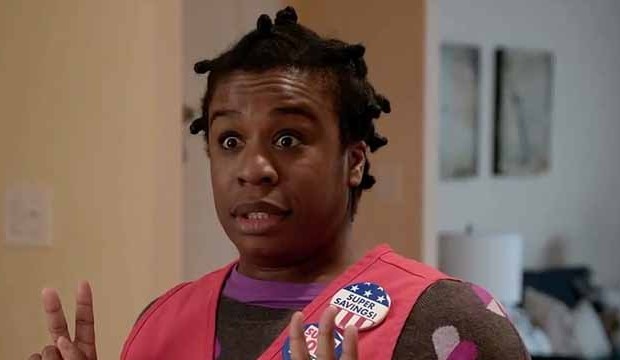 Gold Derby can exclusively reveal that Uzo Aduba is entering the “Orange is the New Black” episode “People Persons” as her Emmy submission for Best Drama Supporting Actress. This installment of the Netflix program streamed June 17 last summer and was the 11th episode of season 4. In this segment, Suzanne (Aduba) tries to reconnect with her girlfriend Maureen (Emily Althaus), but Taystee (Danielle Brooks) tells her to stop being friends with her. Later, the guards initiate a fight between the jilted lovers and Suzanne comes unglued, beating Maureen to a pulp and sending her to the infirmary. Several flashbacks are sprinkled throughout the hour showing an innocent Suzanne who tries to befriend a young boy, but it all ends in disaster when she becomes too overbearing and the boy dies by falling out a window.

Will Aduba win yet another time in this category? She faces off with an entirely new slate of ladies who’ve never been nominated before: Millie Bobby Brown (“Stranger Things”), Ann Dowd (“The Handmaid’s Tale”), Chrissy Metz (“This Is Us”), Thandie Newton (“Westworld”), and Samira Wiley (“The Handmaid’s Tale”).