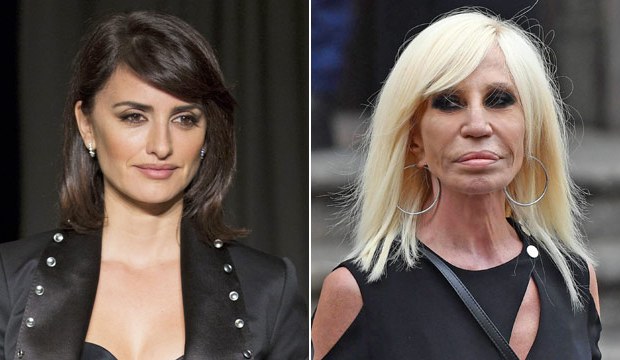 The second installment of FX’s “American Crime Story” franchise (“Katrina”) hasn’t even aired yet, and already the third season is being cast, as Penelope Cruz has been feted to take on the significant role of designer Donatella Versace. The aptly named “Versace: American Crime Story” will focus on the 1997 murder of Donatella’s brother, fashion mogul Gianni Versace, by serial killer Andrew Cunanan. Will Cruz, who won the Best Supporting Actress Oscar for “Vicky Cristina Barcelona” (2008), now take home her first Emmy Award for the anticipated crime drama? Production is scheduled to begin in April and will air sometime in 2018.

Gianni Versace was shot outside of his Miami Beach mansion on July 15, 1997. In all, Cunanan is known to have killed five people over the course of a three-month period; the 27-year-old then committed suicide eight days after Versace’s murder. This new installment of the FX anthology series is based on Maureen Orth‘s book “Vulgar Favors: Andrew Cunanan, Gianni Versace, and the Largest Failed Manhunt in U.S. History.”

For its second season, “Katrina: American Crime Story” will explore Hurricane Katrina and its aftermath, based on Douglas Brinkley‘s book “The Great Deluge: Hurricane Katrina, New Orleans, and the Mississippi Gulf Coast.” Annette Bening will star as Louisiana governor Kathleen Blanco, while Matthew Broderick has been cast as FEMA Director Michael D. Brown. What do you think of the “American Crime Story” cast announcement? Discuss this and more TV news in our fun forums.

Pedro Almodovar movies: All 21 films ranked worst to best, including 'Talk to Her,' 'Pain and Glory,'…

Season 3 of 'American Crime Story' will tackle Clinton-Lewinsky scandal, but you'll have to wait a long…

FX has 4 seasons of 'American Crime Story' in the works, but don't hold your breath for more 'Feud'…

FX promises 'many more cycles' of 'American Horror Story,' 'American Crime Story,' but what about…

Penelope Cruz ('Assassination of Gianni Versace'): Finding Donatella's voice was 'the most challenging…